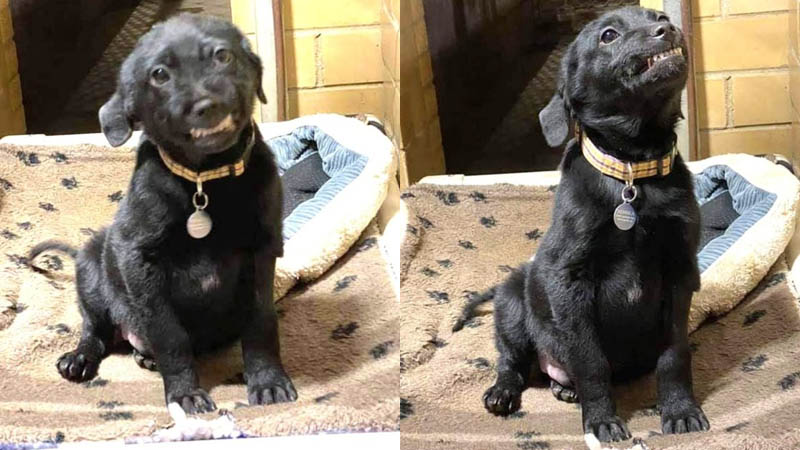 The Humane Society of Northwest Louisiana recently rescued a litter of 3 black Labrador puppies from a high-kill shelter. They named the puppies Burreaux, Joe and O, and helped them get ready for adoptions. While all the pups were affectionate and amiable, it was Burreaux’s special gesture that surprised the shelter staff!

Once Burreaux realized that people would drop by at the shelter to take dogs home, he decided to be a good boy and to do his best to impress the visitors. The tiny pooch began flashing a wide, endearing smile every time a visitor talked to him!

When the shelter shared a video of Burreaux’s winning smile on social media, it instantly went viral. People were mesmerized to see him greet the visitors with such pure eyes and hopeful smiles. Within a matter of days, the shelter was flooded with countless adoption applications for Burreaux as well as their other dogs!

Burreaux’s popularity is also helping his siblings and other shelter pups get adopted. The shelter wrote the names of all the dogs adopted in February on a board and shared it with the world! In a recent update, the shelter has shared that both Joe and O have found amazing forever homes! Looks like Burreaux’s splendid smile is playing a major role in bringing happy endings for his other shelter mates!

Click the video below to watch a report on Burreaux’s magical smile that changed his and other shelter dogs’ lives!