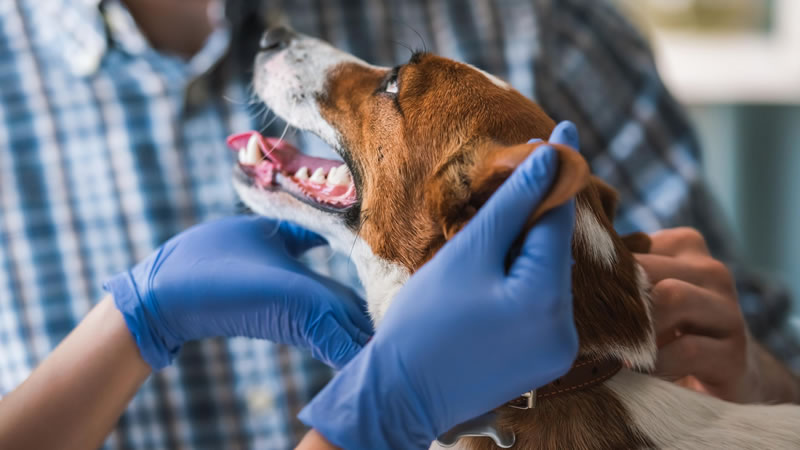 As a breed, we veterinarians are not particularly prissy or picky. Indeed, you can generally say anything you wish in our presence. We encourage it, actually. Nonetheless, there are times when you may see.your veterinarian’s hackles materialize With that in mind (and because it’s always a good idea to spare everyone the discomfort of an unintentional transgression), I offer you these 10 examples of my own personal not-so-favorite comments and questions.

1. She Doesn’t Bite. It’s never a good start to a visit when a pet owner defends his pet’s growls with these three words. Because even if it’s true, I’d be stupid to trust the owner when his pet is offering me the most reliable warning I know of.

2. It’s only Been There for a Few Days. Mark Twain has a great saying at times like these: “It ain’t what you don’t know that gets you into trouble. It’s what you know for sure that just ain’t so.” So unless you really know, you should explain to your vet when you noticed whatever it is that’s amiss, rather than rely on the infallibility of your memory – not when your pet’s health so clearly depends on it.

3. Can you Backdate This Form? Never ask us to put pen to paper in ways that might put our veterinary licenses – not to mention our professional ethics – at risk.

4. Euthanize This [healthy] Pet. Not that YOU would ask, but plenty of others do. And no, many (dare I say most?) of us won’t.

5. He’s Not Fat! Don’t argue with your veterinarian on this one. The point is not to quibble over words but to get results. So if your vet happens to be an insensitive boor when it comes to delivering advice (as I can be), let it go. Whatever you do, just admit that the person you’ve charged with helping to maintain your pet’s health has recommended he lose weight. Whether another word might’ve been more apropos is not the issue.

6. Perform [fill in The Blank] Procedure. Your veterinary hospital is not Burger King. Which (in case you’re not old enough to know) means you can’t necessarily “have it your way.” Your veterinarian is a partner in your pet’s health care, and just as she should not play dictator in your decision-making process, you should not expect that your demands be well received. In particular, I’m thinking of the problems that arise in the case where pet owners expect their veterinarians to perform convenience-based or cosmetic procedures.

7. Prescribe [Fill in the Blank] Drug. A corollary to #6, these expectations become similarly problematic when behavior-modifying drugs are sought, or when pet owners demand drugs inappropriate for a pet’s condition. This happens more often than you think – more so every day now that pet drugs are advertised directly to consumers. (This latter point clearly has its pros and cons.)

8. Will Pet Insurance Cover This? In most cases, the answer to this question is, “Yes. It would … if you had an existing policy.” Trouble is, most of this query’s askers aren’t active policyholders. Rather, they’re wondering whether a new pet insurance policy will cover a pet’s current illness. Which is an uncomfortable question since we’re then required to defend not only our prices, but another industry’s policies and procedures too. Awkward!

9. But She only Eats THIS Much! (Hold up your thumb and forefinger for emphasis.) Stop and think before you utter this too-common refrain. Because in most cases, not only will you be wrong (all those treats!), but what you feed isn’t necessarily relevant. After all, if your pet is overweight and you’re being told she eats too much, a thumb and forefinger will not make for an adequately compelling argument.

10. How Long Have you Been Practicing? OK, so there are plenty of times I can think of when this question is perfectly appropriate. Unfortunately, unless you know your veterinarian well, it’s a question more politely asked of his or her staff. (It is, after all, a fair question.) I say this not because I prefer not to date myself, but because I know how the question can sting when leveled against the young. The implication is too often that they’re inexperienced and less able to perform. Which is why the question can come off as rude – even though you may not have intended it as such.

As I said to start off with, we’re really not terribly sensitive. Nonetheless, if you hope to become a trusted client and a true partner in your pet’s health care, you’d do well to give these 10 points some consideration.