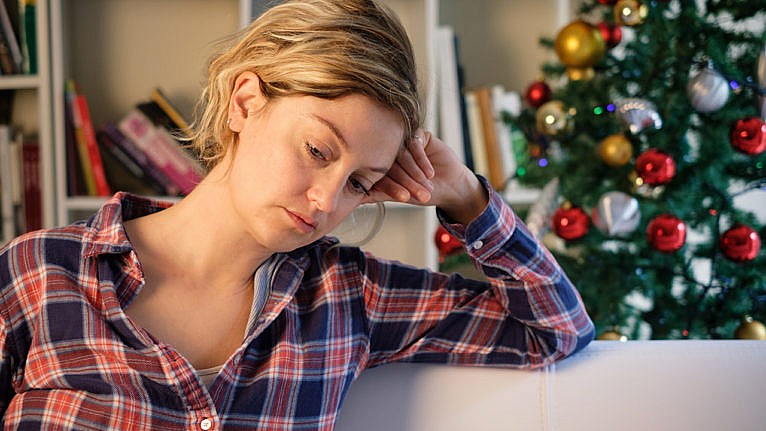 The last time I had a face-to-face conversation with my father was December 22, 2018. On that day, I told him that we had recently learned his first grandchild, who was 14 years old, was transgender and that her name was now Layla. Our last text exchange was just two days later, when I reminded him of her chosen name and correct pronouns.

It’s been a tradition in our family—at least since I met my Newfoundlander husband—to have a fish fry for Christmas Eve dinner. Every year, my family would come for dinner on Christmas Eve and Mitchell would cook us up a “scoff,” as the Newfoundlanders say.

In advance of this dinner, I messaged both of my parents on a group text to remind them of what we had talked about. I was nervous, because when I’d told my father about Layla two days before, he’d said nothing in response. And he had not said anything in the two days since. I didn’t know where he stood.

Layla first told us who she was a couple months earlier, at the beginning of October. By the end of the month, she had also told three of her four grandparents. She felt pretty confident that her Nanny, Poppy and Nana would be kind and loving towards her, and she was right. They could not have handled the information any better had we given them a script to follow. She felt loved and valued. She felt safe.

With her grandfather, though, there was real concern about his reaction and his level of acceptance. She knew it was time to tell him when she realized that he was going to be here in her home for dinner. She didn’t want to be the one to tell him, though, so she asked me to.

A few hours before Christmas Eve dinner, I messaged my parents to remind them that her name is Layla, and to use she/her as pronouns. “This is an adjustment, I know,” I said. “You’re going to slip up, just like the rest of us. What matters is that we try.”

That’s the most important thing, of course—that you try. If someone tells you that their chosen pronouns and name are different from what you have known them as, be aware that they have spent the entire time they have known you attempting to conform to your idea of who they are. When they tell you, “No, this is me, actually,” that is a privilege. You are being invited to truly know someone! That is a sacred trust, so step up and meet them.

The statistics for suicide among trans people are terrifying. According to the Centre for Suicide Prevention, trans people in Canada are twice as likely to attempt suicide, and two out of three trans-identifying youth have attempted self-harm. Do you know what the No. 1 key differential in a trans person’s life is? Their acceptance. So you can be damned sure I was going to see my child respected in her home—which of course was the final straw in the inevitable breakdown of my relationship with my father.

I texted my parents saying, “What matters that we try.”

“Let me be clear,” I responded. “If you cannot try, then you are not welcome.”

And that was the last we spoke. He did not come for our Christmas Eve fish fry dinner. In fact, he had my mom text my sister at 8:15 p.m. that night so that she could tell me that my family was no longer welcome for Christmas dinner at his house the following day. In response, I did what any parent like me would do: I went to my deep freezer, found what meat was there and took it out to thaw for Christmas dinner. In the end, we didn’t need it, because the next day, my mom was at our door with the whole of the Christmas dinner for us to cook and share at home, together as a family.

It wasn’t easy for my mom. It’s still not. She met my father in 1965 and they’d been together since then. She stayed with him hoping that he would soften his heart. She hoped that the pain of not seeing his children and grandchildren would be enough to move him to learn more and be willing to try to accept Layla. Instead, he became more and more entrenched, insisting that I was morally corrupt to allow my child to become who she is. They’re separated now.

I was reading Glennon Doyle’s book Untamed this summer. In it she wrote: “A woman becomes a responsible parent when she stops being an obedient daughter. When she finally understands that she is creating something different from what her parents created.”

When I read this, I cracked right open and I wept. For hours. It was permission to forgive myself for choosing my child over my father, and it was validation that doing so made me a good parent. It reminded me that I do no good for anyone when I am worrying about expectations that are not my own, and that are so far out of sync with who I am.

That first Christmas in 2018 was full of sadness for me. Layla asked me about her grandfather and when I told her that he was not coming because he wasn’t accepting, do you know what my sweet, loving child said to me? “He just needs more time, Mom.” All the tears that I worked so hard to rein in just burst forth in that moment. “He just needs more information,” Layla continued, looking at me with eyes full of love. “It’s gonna be OK.”

And you know? It really is OK. My kid is so healthy and so happy and so accepted everywhere in her life, with just the one glaring exception. And frankly, we don’t miss him. We are surrounded by people who love Layla, and who love us, and unconditionally support us in all the ways they can; in all the ways that matter. And that’s all the information I need.

How Long Can You Go Without Pooping? Here’s What Gastroenterologists Say