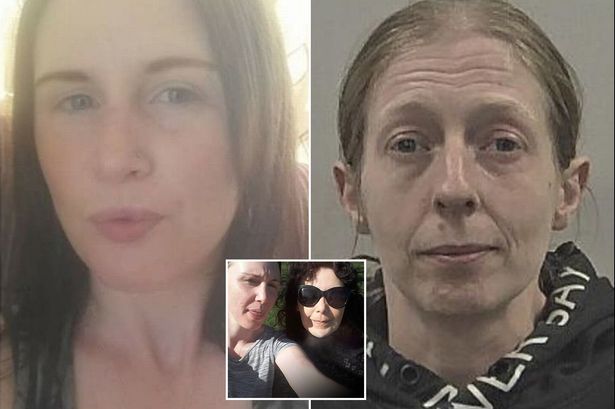 A grief-stricken mum has paid a heartbreaking tribute to her daughter who was killed after being injected with a lethal cocktail of heroin and cocaine.

Amanda Walton, 37, was jailed after admitting the manslaughter of her friend, mum-of-three Emma Brennan, 32.

Walton had mixed the drugs, which were known as a ‘snowball’ and injected Emma but the mix proved to be fatal and despite efforts to revive her she died in a living room, Grimsby Live reports.

Walton, of Castle Street, Grimsby, was locked up for four-and-a-half-years at Grimsby Crown Court after admitting manslaughter.

Now, Emma’s grieving mum Dee Smith, is urging people to think of the heartbreak drugs can have on families.

She said: “If anything is to come of this tragedy, it is the chance for people to look at what happened to Emma and see what happens when you go down that road with drugs.

“It can happen to any family. I hope this stops someone from going down that road.”

Despite her grief, Dee wants to see Emma’s killer get the help she needs to beat drugs.

She said: “It doesn’t matter what she got. It will not change anything.

“I know a lot of my family will not agree with me but from my personal view, I hope she takes the help offered and I hope people read what happened to Emma.

“If it helps one person to get off drugs, then something will have come of it all.”

Dee regularly takes one of Emma’s three boys to her grave at Scartho Cemetery where he sings “Twinkle, Twinkle Little Star” to his mum.

Emma loved dancing to Motown music and her favourite performers were Celine Dion and Lionel Richie.

Dee told Grimsby Live: “She had a heart of gold and was absolutely beautiful. I miss her every single day.

“She was very popular and loving and a wonderful mother, who just struggled with life.

“Emma felt isolated and she was easily led. She suffered from anxiety and depression and was vulnerable.

“We all just want people to realise there is a heavy price for taking drugs and it is an offence to inject someone, even with their permission and you pay the price.

“It wasn’t an accident and people should think on that.”

Despite Walton attempting to revive Emma by giving her CPR and using an Epi-pen, she was sadly pronounced dead in the living room of the property by paramedics at 6.40am on Saturday, November 2, 2019.

Before police arrived at the scene, Walton had attempted to hide the evidence of what had happened and hid the syringe in a drawer, claiming not to have been present when Emma took the drugs.

However, she later admitted manslaughter.

After the sentencing, Detective Constable Chris Clarke, who led the investigation, said: “I would like to thank Emma’s family for their patience and dignity throughout our investigation into her death.

“This has been an incredibly difficult time for them and I would ask that people respect their privacy and allow them to grieve for their daughter without commenting on her lifestyle choices.

“What happened that night not only cost Emma her life but has had a huge impact on her parents, her son and her partner, as well as all those who knew and loved her.

“It will also be something Ms Walton will have to live with for the rest of her life too and illustrates the terrible potential consequences of injecting others with drugs.”