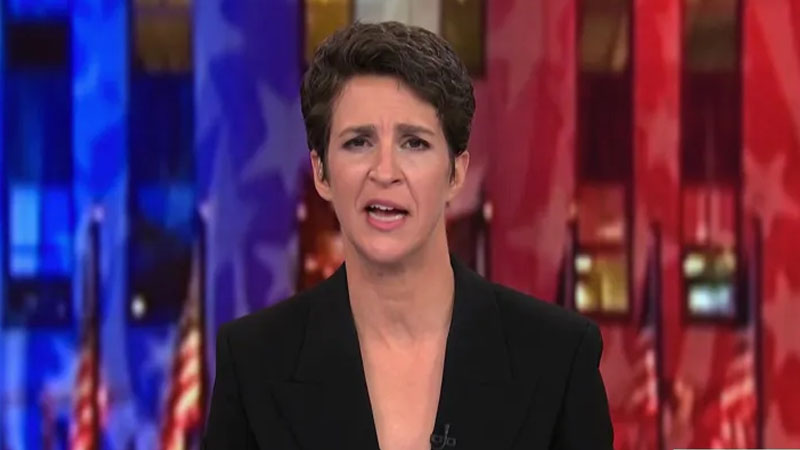 MSNBC host Rachel Maddow has dug out a buried chunk about the Capitol uprising that highlights just how unsympathetic the GOP leadership was while Trump supporters raged the building.

As per LGBT Nation, Maddow points to an anecdote buried at the bottom of a New York Times article that describes just how awfully House Minority Leader Kevin McCarthy (R-CA) treated a fellow Republican legislator. The morsel is so wicked and stunning that Maddow exclaims, “I don’t understand how this isn’t the headline!”

“This anecdote — totally new to me and as far as I can tell, previously unreported — it comes 34 paragraphs into a story that is 39 paragraphs long,” she told her audience. “I’ll read it to you verbatim.”

“After the House chamber was evacuated on Jan. 6, Mr. McCarthy retreated to his Capitol office with a colleague, Representative Bruce Westerman, Republican of Arkansas. When it became evident the rioters were breaking in, Mr. McCarthy’s security detail insisted he leave.

“He brought another member of Congress to his office with him and then it was like, ‘Oh, no, Bruce, we came here to hide but the rioters, they’re inside now, and they are coming for us. Bye Bruce, I’ll see you later, I’m out of here. There’s a toilet in there, maybe good luck crouching on top of the toilet, they won’t see your feet if they look under the door.’”