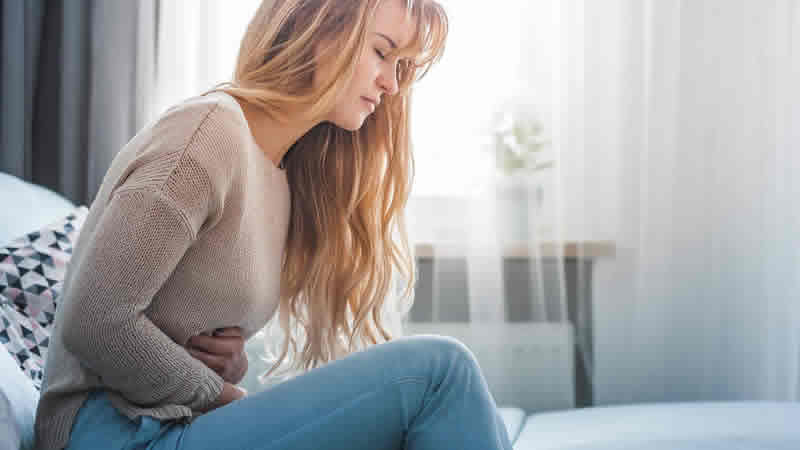 Nearly everyone has had a stomachache at some point. But really, any organ in your abdomen (there are many) could be to blame.

Tummy trouble can be short-lived, come and go, or show up only after you eat—all clues to the cause. Doctors can also run a number of tests to narrow it down, says Vivek Kaul, MD, acting chief of the division of gastroenterology and hepatology at the University of Rochester Medical Center in Rochester, N.Y.

1. No drug is without side effects and sometimes that includes abdominal pain. Oral bisphosphonates, a popular class of drugs that helps preserve bone density and prevent osteoporosis, can cause swelling—and therefore pain—in the lower esophagus, says Dr. Kaul.

Pain medications known as NSAIDs (nonsteroidal anti-inflammatory drugs) such as ibuprofen and aspirin can also cause swelling in the stomach lining and may even lead to ulcers.

2. Inflammation of the pancreas can cause burning pain in the upper or middle abdomen. Some people even have shooting pain that drives right through to their back, says Dr. Kaul. You may lean forward or lie on your back to try to relieve the pain, which may subside into a dull ache, nausea, and vomiting, says Osama Alaradi, MD, a gastroenterologist at Henry Ford Hospital in Detroit.

Too much alcohol can be a culprit, says Dr. Kaul, as are gallstones (the gallbladder and pancreas deliver their digestive juices into the intestine via the same duct). It often requires hospitalization.

3. Gastroesophageal reflux disease, or GERD, can cause pain in the upper stomach and lower chest, aka heartburn. The cause? A valve that separates the stomach from the esophagus is weak, allowing food and acid from the stomach to splash upwards. Ouch!

Eating too much food or the wrong type of food (fatty, for instance) can make it worse. Losing weight, watching what you eat, and medication like antacids, H2 blockers, and proton pump inhibitors, can also help.

4. Millions of people around the world have lactose intolerance. In fact, in some areas of the world, the lactose intolerant outnumber those who can digest lactose, a sugar found in milk and milk products. This type of food intolerance causes milder abdominal pain, bloating, diarrhea, burping, gas, and indigestion.

The solution? Skip the dairy products, like milk and cheese.

5. Gallstones are stones that form in the gallbladder, a tiny sac that hangs out under the liver, disgorging bile as needed to digest fats. These stones cause swelling and can block the duct into the intestine, resulting in pain. Gallstone pain tends to strike the right side of the upper abdomen, particularly after fatty meals.

Such meals trigger the gallbladder to contract. “If the gallbladder is inflamed, any contraction of that nature will be amplified and typically will cause pain to the patient,” says Dr. Kaul.

Symptoms can include cramping in the lower abdomen, which may respond to antibiotics. A high-fiber diet can help. In more severe cases, it can cause abscesses, bleeding, and even perforations, resulting in severe pain, or even the need for surgery or a hospitalization.

7. Some people react badly to gluten, a protein found in wheat, barley, and rye. The most severe form of gluten intolerance is called celiac disease.

The small intestine’s inability to absorb nutrients may lead to chronic diarrhea, weight loss, and even malnutrition.

8. Endometriosis only affects women. It’s a condition that occurs when cells from the lining of the uterus escape and start to grow in other parts of the body, usually somewhere in the pelvis.

Pain, irregular bleeding, and infertility can result. Endometriosis is difficult to diagnose, says Dr. Kaul, and often requires a referral to a gynecologist and a pelvic ultrasound. If the endometriosis is confined to one small area, surgery may help. Otherwise it is treated with pain medication and hormone therapy, as the menstrual cycle tends to drive painful symptoms.

9. Even though the thyroid gland is located in the neck, it can cause problems lower down in the body. “The thyroid regulates several functions in the body and the digestive tract is one of the systems,” explains Dr. Alaradi.

10. No one wants to think that stomach symptoms are due to a parasitic worm or other creature. But it happens. There are many types, but the most common in the U.S. are Giardia and Cryptosporidium, which you can get by swimming in contaminated pools or lakes or drinking contaminated water. (Or in some outbreaks, unpasteurized cider). The tiny protozoa cause cramps, diarrhea, and nausea about 2 to 10 days after exposure (for Crypto) or 1 to 3 weeks later (for Giardia). Other types of parasites can be picked up in undercooked or contaminated food.

11. Most people who have appendicitis, an inflammation of the appendix, experience sudden pain that’s bad enough to warrant an emergency room trip. Appendicitis is more common in children and young adults (though it can happen to older adults) and usually starts with pain in the mid-abdomen, progressing into the lower right part of the abdomen.

If the appendix isn’t removed, it can burst, leading to potentially life-threatening peritonitis.

12. Peptic ulcer disease, or ulcers in the stomach and duodenum (the first part of the small intestine), is a common source of abdominal pain, says Dr. Alaradi. Pain usually strikes the mid-upper abdominal area and sometimes occurs after meals, he adds. People with duodenal ulcers can wake in the middle of the night due to pain.

13. If you consume too much sorbitol, which is found in some sugar-free products, it can cause pain and diarrhea. According to a 2008 article in BMJ, a 21-year-old woman had an 11-pound weight loss, abdominal pain, and diarrhea (as many as 12 bowel movements a day) from chewing about 16 sticks of gum a day.

A 46-year-old man had similar symptoms after chewing about 20 sticks of sugarless gum and eating sorbitol-containing sweets daily. In both cases, cutting back fixed the problem.

14. Stress can cause headaches, high blood pressure, insomnia and, yes, tummy trouble. Depression has been linked with digestive problems (including loss of appetite and weight loss) as well as irritable bowel syndrome. The relationship seems to go both ways, according to a study published in 2012 in the journal Gut.

In other words, depression may be causing the stomach aches but constant abdominal pain may just as easily lead to depression and anxiety.

15. Food poisoning from viruses or bacteria can cause abdominal pain, along with diarrhea and vomiting. Many outbreaks of food poisoning have been seen in recent years in the U.S., including 20 people in 7 states who picked up Salmonella from contaminated beef in 2011.

In rare cases, food poisoning can be serious or fatal. In general, the symptoms from food poisoning usually last about 1-2 days, says Dr. Alaradi. However if you have viral gastroenteritis, a stomach bug from food or another person, it may last a bit longer.

16. Inflammatory bowel disease (IBD) is an inflammation inside the small or large intestine, Dr. Alaradi explains. It includes Crohn’s disease and ulcerative colitis.

The inflammation from IBD can cause scarring and blockage, which can lead to abdominal pain along with diarrhea and rectal bleeding. Symptoms are chronic, but can flare up and subside in cycles, making it sometimes hard to diagnose.

IBD needs to be monitored closely as it can lead to more serious problems, even cancer, later in life.

17. Irritable bowel syndrome (IBS) is not the same as inflammatory bowel disease. Although IBS can also lead to chronic abdominal pain and changes in bowel movements (such as alternating constipation and diarrhea), it is not an inflammatory condition and never involves rectal bleeding, says Dr. Alaradi.

It generally affects more women than men, is considered less serious than IBD, and can be managed through treatment of symptoms, such as pain relievers. And unlike IBD, IBS never progresses into more serious conditions such as cancer, says Dr. Alaradi.

18. It’s uncommon, but cancer in any one of the organs located in the abdomen—the liver, pancreas, stomach, gallbladder, or ovaries—can cause stomach pain, but usually only in the later stages, says Dr. Alaradi.

And there are usually other symptoms, like a loss of appetite, weight loss, persistent vomiting, persistent bloating of the abdomen, and recent changes in bowel habits. “If a person is used to going to the bathroom once a day and it’s changed in the past few weeks to one every three to four days, that deserves attention,” says Dr. Alaradi.

Your gut health linked to your stroke risk, severity

How Better Sleep Helps Your Waistline