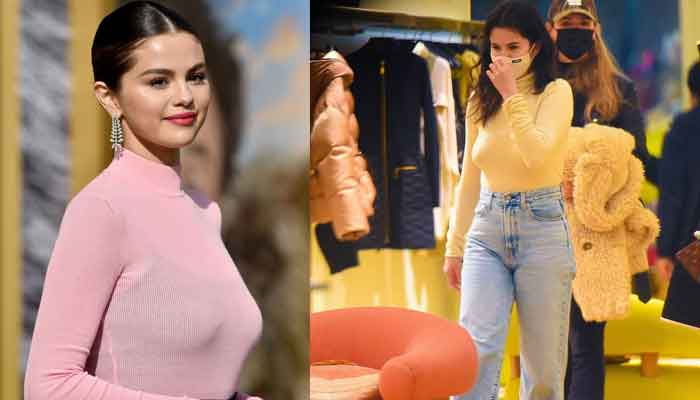 Selena Gomez left onlookers in awe with her unexpected adventure during her latest outing in New York City on Monday, showing off her  natural  beauty in a turtleneck top.

The music sensation  delighted fans with her chic appearance as she took a break from shooting and stepped out for shopping  with a friend.

The 28-year-old   was looking extra-glamours in a nude turtleneck top, flaunting more than fans had hoped for.

The Justin Bieber’s ex-girlfriend  opted for a fashionable nude sweater that emphasized her trim figure.

Selena let her  hair down in one of the picture, wearing face mask to protect herself and others from the the coronavirus.

The songstress recently  delighted fans with a Spanish-language single called De Una Vez which means ‘at once.’

On work front, Selena Gomez  is busy  filming the Hulu sitcom ‘Only Murders In The Building’ which stars legendary funnymen Steve Martin and Martin Short.

How To Stop Hair From Graying?

The Kardashian-Jenners ‘Offered $100 Million to Make a Movie’