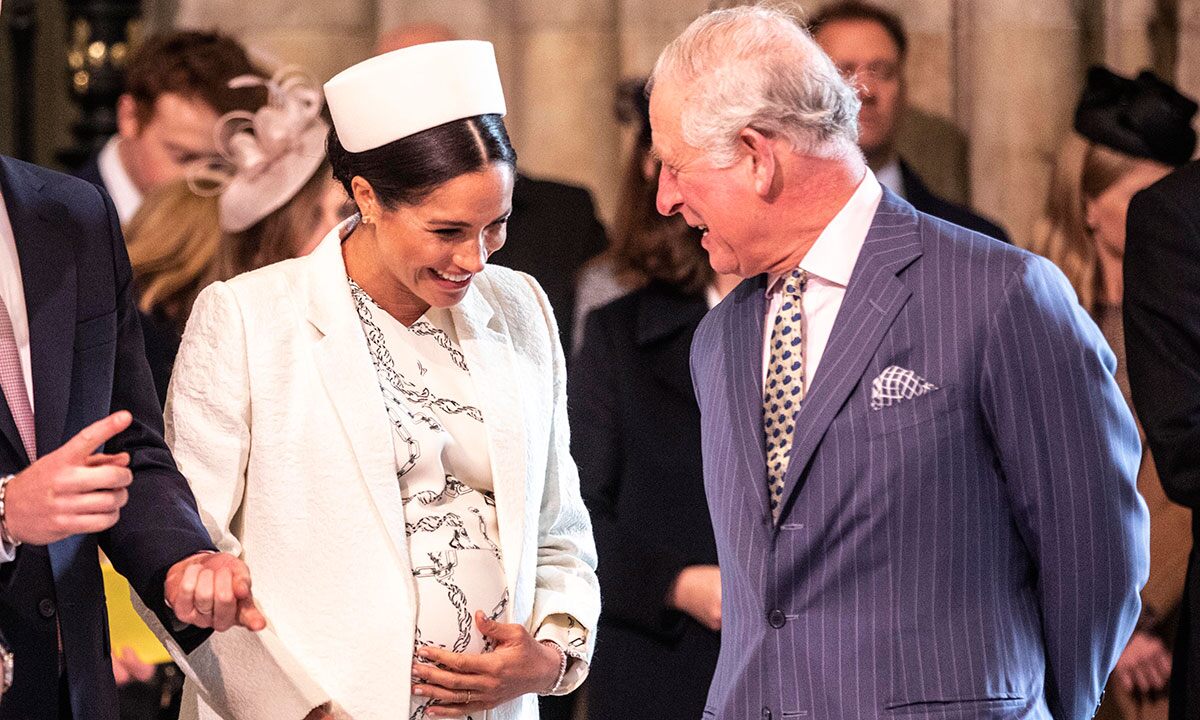 Ouch. This one probably left a mark on ol’ Meghan On Thursday, Prince Harry and Meghan Markle celebrated Archie Harrison Mountbatten-Windsor’s second birthday. It looks odd that Prince Charles his grandson’s birthday occasion to publicly shot at Meghan. He wished his grandson and didn’t mention his parents with a picture in which Harry was holding Archie.

Prince Charles took to social media to wish him a happy birthday and did not mention Harry or Meghan in the post – but he did post a picture of Harry holding the baby. And now Charles is being criticized by Meghan for his actions, but shouldn’t he. What Meghan has done to the family cannot be undone.

“Happy birthday to Archie, who turns two today,” Charles tweeted alongside a photo of himself with Archie and Harry. Twitter users who support Meghan were quick to call out the fact that she was not in the photo.

“Sad! Very sad state of affairs when the supposed future king cuts the mother of his grandchild out of the photo with which he chooses to share,” one social media user tweeted. “Yes, they haven’t seen Archie for over 12mnths, but to not include Meghan… it’ll only add fuel to the fire of the tabloids. #Archie.”

“Lovely picture, but where is Meghan on the picture?” another added, with third writing, “Why would you not call him your grandson and why cut his mother off? You have made a lot of mistakes yourself or have you forgotten that. This is not helping at all.”

This comes after a royal insider said Charles “may never forgive” Harry for his and Meghan’s explosive tell-all interview with Oprah Winfrey.

“With the way things are going, Charles may never forgive Harry, which hasn’t gone down well with Elizabeth,” the source told US Weekly. “She feels that he’s putting his pride before the best interest of the monarchy. She has enough on her plate dealing with the loss of her husband. It’s drama she can do without.”

The insider went on to say that Charles is “more stubborn” than his son Prince William, who was seen chatting with his younger brother after the funeral of their grandfather Prince Philip last month.

“They’re not at the point where they speak regularly, but William wants to be the bigger person and set a precedent.

He believes that to repair damage and destruction from Harry’s interview, the best approach is to keep things civil with his brother rather than fanning the flames and fighting back with a tit-for-tat attitude,” the source explained. “Elizabeth is proud of William for taking the dignified approach, unlike Charles, who still hasn’t forgiven Harry for dragging his name through the mud.”

Blake Lively Stomps Around In Tomatoes

Kim Kardashian Shares Adorable Photo of Both Her Children