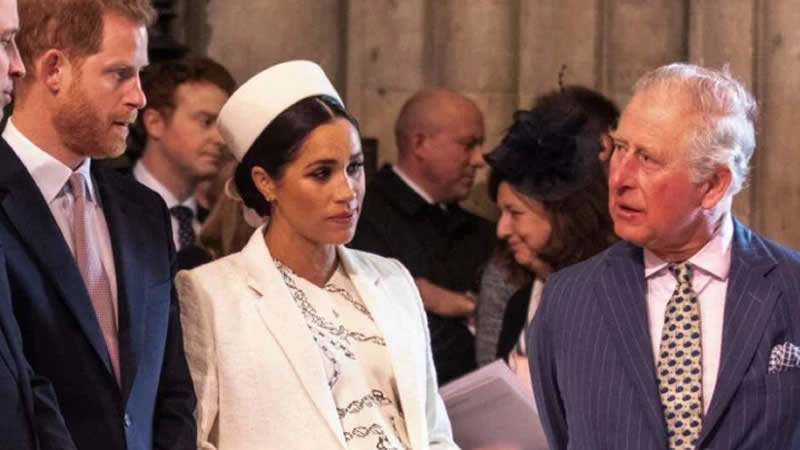 It looks like Prince Harry and Meghan Markle have a little explaining to do after Prince Charles’s office, Clarence House, released their annual accounting report from April 1, 2020, to March 31, 2021. He did, indeed, cut the couple off after leaving their senior royal roles, but the timing is a bit different than we’ve been led to believe.

Let’s go back to the Oprah Winfrey interview in March when Harry said that his father “literally cut me off financially” during the first quarter and he was concerned about security for his young family. He relied on funds left to him by Princess Diana after her death. “I’ve got what my mum left me, and without that, we would not have been able to do this,” he told Winfrey. According to a Clarence House spokesperson, the Duke and Duchess of Sussex enjoyed funds from Prince Charles and the windfall “ceased in the summer of last year,” via the BBC.

The representative added that the couple “are now financially independent,” but they were given a “substantial sum” to help them transition to their private lives away from the royal family. Of course, this news isn’t sitting well with Harry and Meghan, who have their version of events. “You are conflating two different timelines and it’s inaccurate to suggest that there’s a contradiction,” a Sussex spokesperson, via the BBC. “The Duke’s comments during the Oprah interview were in reference to the first quarter of the fiscal reporting period in the U.K., which starts annually in April. This is the same date that the ‘transitional year’ of the Sandringham agreement began and is aligned with the timeline that Clarence House referenced.”

OK, so the royal family (we’re talking both sides here) is choosing to publicly battle each other over timelines and finances. The Clarence House report does make an argument for Prince Charles’ side, but we wouldn’t be surprised if the Sussexes released their own accounting to dispute the timeline. Honestly, this is all exhausting, especially since Charles gave a nice sum of money to the couple and then, the duo honored their word by then seeking employment elsewhere. Let’s be grateful it worked out in the end, instead of taking the fight to the press.

High-fat diet can cause chronic pain

8 Things to Know If You have Dry Skin