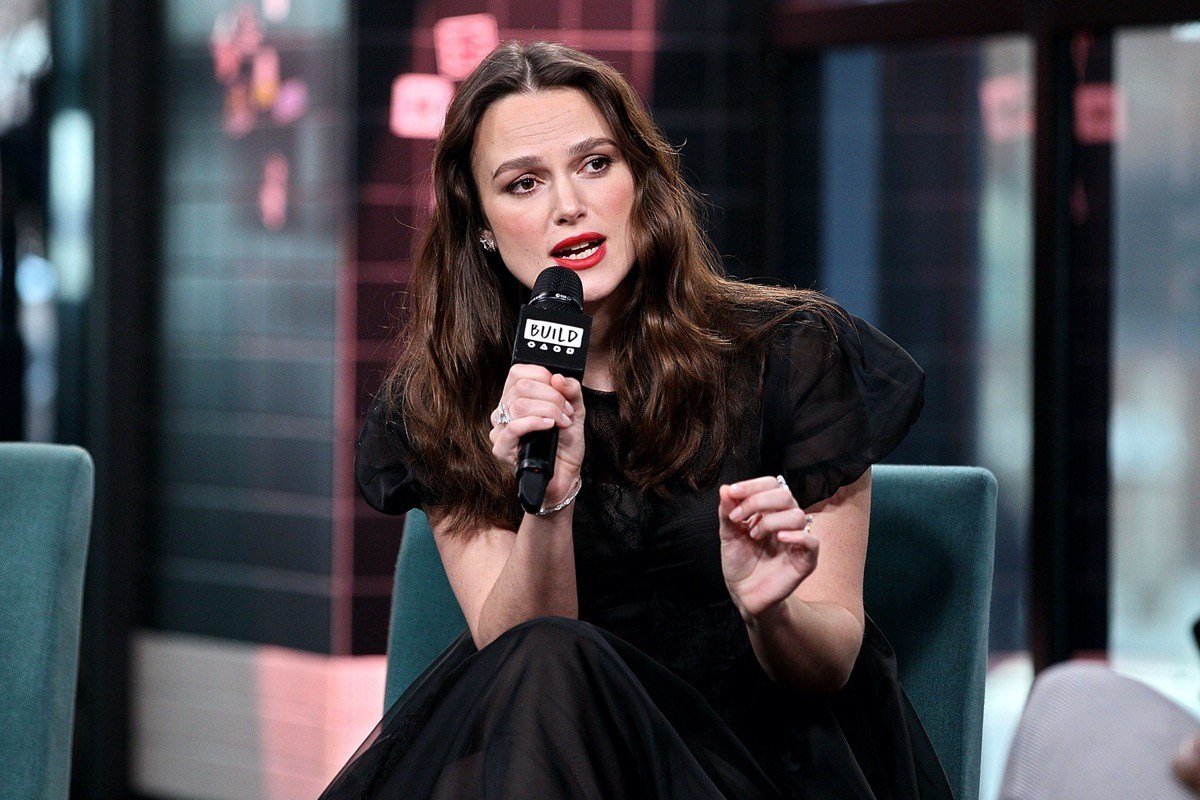 Actress Keira Knightley has revealed that she is no longer interested in doing sex scenes if the movie is directed by a male director.

In an interview with director Lulu Wang and writer-producer Diane Solway in the Chanel Connects podcast, the 35-year-old actress opened up about her discomfort in falling under the male gaze while filming intimate scenes.

The star also admitted that she won’t have any issues in doing intimate scenes if there’s a female director behind the camera.

“If I was making a story that was about that journey of motherhood and body acceptance, I feel like, I am sorry, but that would have to be with a female filmmaker. I don’t have an absolute ban, but I kind of do with men,” Knightley said.

The “Imitation Game” star also noted that she doesn’t want to be a part of those “horrible sex scenes” directed by men where everybody is “grunting.”

Later in the interview, she also made it clear that male directors can have someone else if they are looking for somebody to look hot in those scenes and she is not comfortable performing such scenes while being naked in front of men.

“I feel very uncomfortable now trying to portray the male gaze. So, therefore, you can use somebody else, because I’m too vain and the body has had two children now and I’d just rather not stand in front of a group of men naked,” Knightley said.

The actress also opened up about how men may not understand why their directing choices make women uncomfortable.

“We all empathize with men hugely because, culturally, their experience is so explored. We know so many aspects of even male sexuality. But we don’t feel like men can say, ‘Yes, I understand what you’re talking about because I’ve got this wealth of art and film and theatre and TV from your point of view,” the actress added.

This is not the first time Knightley came out to criticize her male counterparts and the privileges they have within the industry. In 2018, she wrote an essay titled “The Weaker Sex,” in which she revealed intimate details about her childbirth in 2015 and how men never gave her the room to express her feelings.

She Was Dying On The Road. But When She Saw A Woman, She Softly Wagged Her Tail