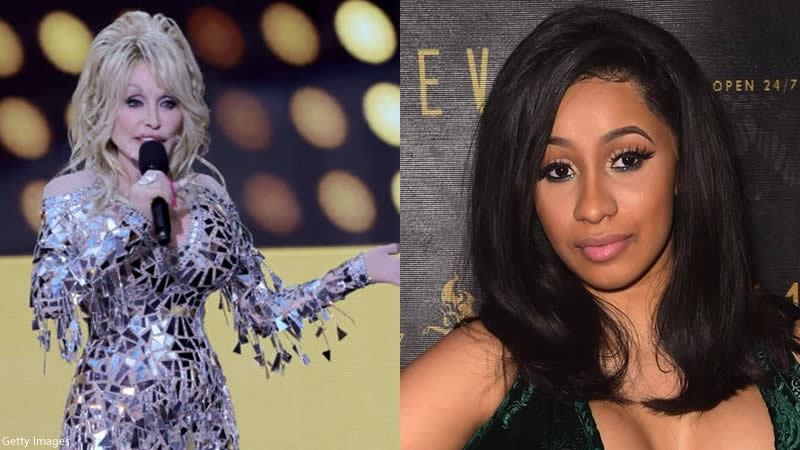 E! News caught up with multi-time Academy of Country Music Award winner Dolly Parton prior to the “Jolene” hitmaker’s hosting gig at the 2022 ACM Awards. Francesca Amiker spoke to Parton about working with “WAP” rapper Cardi B in some way.

“She’s a character. She’s an original,” stated Dolly Parton about the Bronx-raised entertainer. Amaker then asked Parton about possibly recording a song with Cardi. The 76-year-old music industry legend responded, “I might if she’s willing.”

Dolly Parton is best known for albums such as Joshua, Coat of Many Colors, Here You Come Again, 9 to 5 and Odd Jobs, The Grass Is Blue, Little Sparrow, and Blue Smoke. The Tennessee native also starred in films like 9 to 5 and Steel Magnolias.

The Rock & Roll Hall of Fame nominated Dolly Parton for the 2022 Class. Other nominees include Beck, Eminem, Fela Kuti, Rage Against the Machine, Lionel Richie, A Tribe Called Quest, and Dionne Warwick.

Kendall Jenner Was Reluctant to Testify Against Stalker