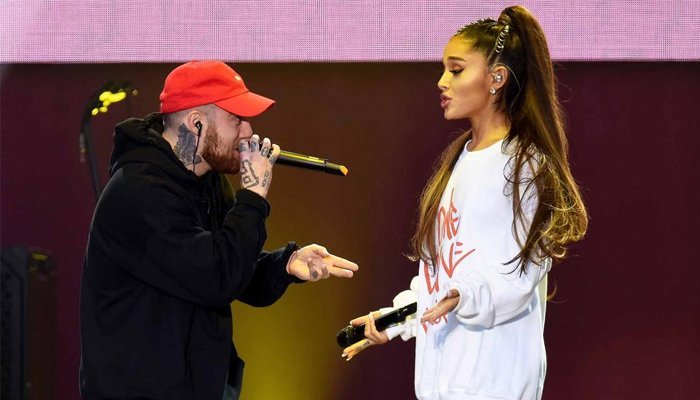 American singer Ariana Grande has time and again expressed her admiration for her former boyfriend Mac Miller. The two had broken up only months prior to the rapper’s death that occurred over an accidental overdose in 2018. Let’s take a look back at the Thank U, Next hit maker’s statements about her deceased former partner.

Back in February 2019, singer-songwriter Njomza Vitia, who co-wrote Grande’s 7 Rings, told NPR during an interview: “Me and Mac were really close. He was one of my best friends. So [Ariana and I] were just around each other all the time because of him…So after Mac passed, she was really hurt.”

“I was really hurt. And I think it kind of brought us together a little bit closer because of what we were going through. We could understand each other. She surrounded herself with people who could understand,” she said.

“The songs were written really, really fast. From [September to October], it was almost like a song a day…Ideas were just getting shouted out and people were just like adding on with other stuff. It’s really cool. It was a lot of really amazing, boss, female energy,” added Vitia.

Talking to Cosmopolitan about Miller, Grande said in 2017, prior to his death: “We have loved and adored and respected each other since the beginning, since before we even met, just because we were fans of each other’s talent.”

“We weren’t ready at all, though, to be together. It’s just timing. We both needed to experience some things, but the love has been there the whole time,” she added.

Following his death, she penned a heartfelt tribute for him, saying: “i adored you from the day i met you when i was nineteen and i always will. i can’t believe you aren’t here anymore. i really can’t wrap my head around it. we talked about this. so many times. i’m so mad, i’m so sad i don’t know what to do. you were my dearest friend. for so long. above anything else. i’m so sorry i couldn’t fix or take your pain away. i really wanted to. the kindest, sweetest soul with demons he never deserved. i hope you’re okay now. rest.”

Salma Hayek Displays her Curves in Leather and Satin