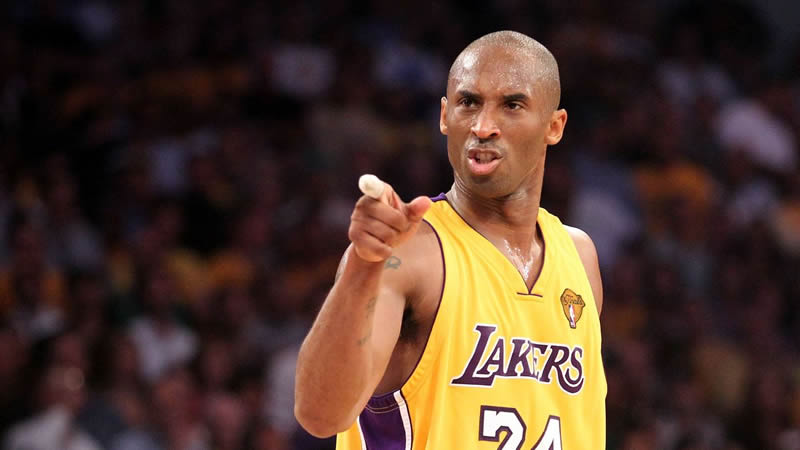 Few worked harder than Bryant, who dedicated his life and energy to becoming the greatest basketball player ever to take the court. That mindset extended into retirement, where Bryant used his voice to challenge others into being the best that they could be.

It is easy to imagine that someone like Michael Jordan or Shaquille O’Neal would have set Bryant on that path. Instead, Bryant’s mentor turned out to be someone who never played basketball.

Living and playing in Los Angeles allowed Kobe Bryant to mix and mingle with the world’s most influential celebrities.

In a 2010 interview with Yahoo Sports, Bryant explained what parts of Jackson’s advice and feedback helped him become a better player.

“We would always talk about how he prepared to make his music, how he prepared for concerts. He would teach me what he did: How to make a Thriller album, a Bad album, all the details that went into it. It was all the validation that I needed – to know that I had to focus on my craft and never waver. Because what he did – and how he did it – was psychotic. He helped me get to a level where I was able to win three titles playing with Shaq because of my preparation, my study. And it’s only all grown.

Bryant went so far as to say that he based his mentality at that stage in his career on what he had learned from Jackson.

Kobe Bryant and Michael Jackson each had severe legal issues throughout their careers.

A 19-year-old hotel employee accused Bryant of sexual assault in July 2003. Bryant and the accuser later reached a settlement after the accuser was unwilling to testify.

Bryant publicly apologized to the woman in September 2004.

Jackson was accused of sexually abusing children and went on trial in 2005. According to CNN, prosecutors charged Jackson with four counts of lewd conduct with a child younger than 14; one count of attempted lewd conduct; four counts of administering alcohol to facilitate child molestation; and one count of conspiracy to commit child abduction, false imprisonment or extortion.

A jury acquitted Jackson of all charges in June 2005. Jackson died of a fatal overdose in June 2009.

More accusers came forward against Jackson in Leaving Neverland, a 2019 documentary that premiered on HBO.

Michael Jackson died over a decade before Kobe Bryant and his daughter, Gianna, were among nine victims of a helicopter crash in January 2020.

Before his death, Bryant remained a key advocate and supporter of Jackson. Bryant often discussed his relationship with Jackson and everything he learned from the 15-time Grammy Award winner.

When Bryant died, Canadian fashion model Winnie Harlow tweeted a photo of a conversation she had with the five-time champion. Bryant recommended she read Jonathan Livingston Seagull, a fable about a seagull.

Harlow wrote that Jackson had previously recommended the book to Bryant.

As Trump’s businesses struggle, the most profitable asset in his real estate empire is at risk