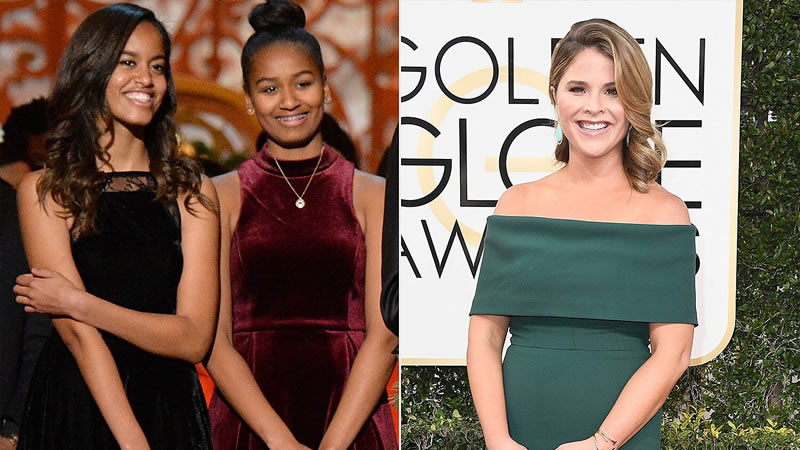 During their interview, the former first lady shared her appreciation for the Bush twins’ hospitality during the 2009 presidential transition.

“Malia and Sasha remember that time more than a lot of things that I would’ve thought of,” Obama told Hager.

Last November, Hager posted photographs on Instagram from the tour she gave Sasha and Malia, now 19 and 22-year-old college students.

“Twelve years ago (!!!) today,” Hager wrote in the caption. “I drove from my job teaching in Baltimore to meet my mom and sister in [Washington D.C.] to show the next residents of this house their new home.”

Hager recalled: “Barbara and I taught the girls how to slide down the banister and all the secrets of the White House we loved as little girls—the best hiding spots, the movie theatre, and bowling alley. We showed them our rooms that would soon be theirs.”

Obama said on Today this week that Sasha and Malia saw the pictures Hager posted and the Obamas spent an entire dinner remembering their move to the nation’s capital.

“We sat and had an entire dinner about those first days and how they just cherished these two young, beautiful women who had done what they were doing, who were taking time out of their lives,” the former first lady said. “Because it was very clear you guys were excited to do it.”

Hager said after the interview that her mom, former First Lady Laura Bush, was the one who encouraged her and her sister to drop what they were doing that day to come show the Obama girls around the White House.

“My mom looked at Mrs. Obama and thought, ‘Put politics aside, she’s a mother that’s nervous about her two little girls moving from Chicago to Washington,’ ” Hager recalled.

Obama told her that the gesture meant a lot to her daughters.

“You came in from wherever you were especially to meet with them and they knew that,” Obama said. “It made a difference in their entire experience.”