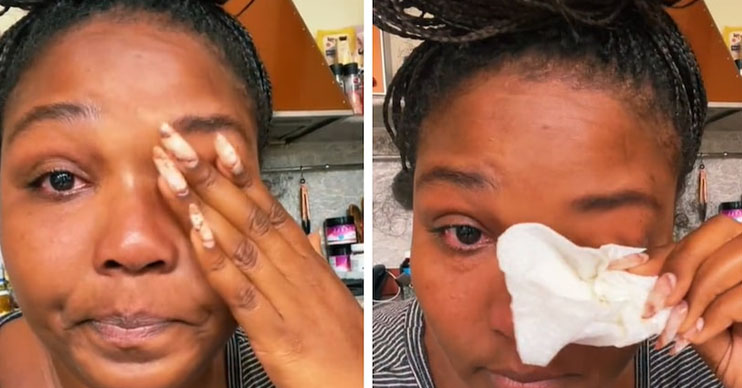 “You know that part of sadness where you feel like a burden on everyone and annoying and nobody cares about you? Can we get rid of that part?”

Over the weekend, the singer shared an emotional TikTok in which she broke down in tears, admitting that she was feeling like a “burden on everyone.”

“It’s crazy,” she continued, wiping away tears with a tissue. “Why we feel this way when we get sad? I don’t want to feel this way anymore. I want to feel like I do have someone to talk to, people do care about me. I have love. I’m not alone. That’s what I want to feel, but I don’t feel like that.” “Okay this is embarrassing,” Lizzo concluded, before ending the video.

The Grammy winner later shared an update on her mental state. Responding to a fan who assured Lizzo that she’s “loved,” Lizzo said she was “feeling better.” “You know that part of sadness where you feel like a burden on everyone and annoying and nobody cares about you? Can we get rid of that part?” Lizzo tearfully began in the clip, which she shared on Saturday. “It’s like, yo, I’m already sad. Could it add insult to injury that I have no one to talk to about it?” she began in the video

“Thanks, guys,”. “I had a rough night and a very emotional morning just thinking about my relationships and life. You know how it is. It gets dark.

“I’m glad I reached out in any way that I could and TikTok was one of those ways,” Lizzo continued. “To feel received and seen and heard helped me. I’m not crying anymore.”

The “Truth Hurt” singer thanked her fans again for their support and also emphasized that, “If you’re going through things, just know you’re not alone and I love you.” “Took a bath, talked to my therapist, talked to my medium, breathed, focused on gratitude, tricked my dopamine levels by getting excited about something that’s happening in the future, ate a cinnamon roll,

hot chocolate, and now I’m in bed,” stated Lizzo, who was wearing a towel on her head. “I do feel better.” She continued,

“Journaled a little bit, read a little bit,”. “I do feel better, so thank you. All of y’all are so sweet.” On Sunday meantime, as she posted a fun TikTok of herself and her mom dancing in honor of Mother’s Day the “Good as Hell” singer appeared to be in good spirits. she captioned the fun video, below. “Mama said ‘sheeeeeeeesh’ 🥶🥶happy Mother’s yall,”