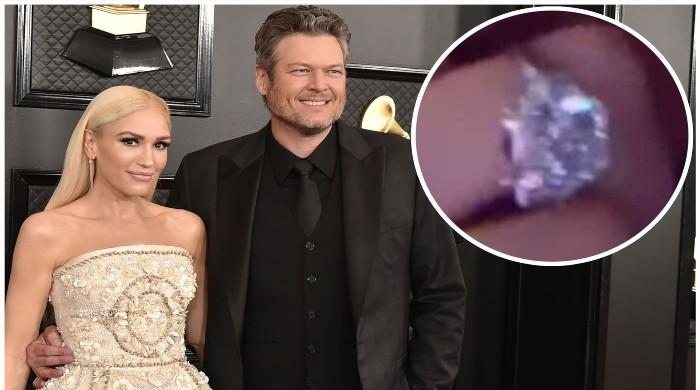 Gwen Stefani gave a rare glimpse at her humoungous diamond ring given by fiance Blake Shelton at the time of their engagement, and the internet is stunned.

The mere rock has taken the world by storm owing to its staggering, extremely hefty price tag.

The much-awaited sneak peek came when Gwen and Blake attended the People’s Choice Awards over the weekend, wherein the lady gave a closer look at her massive ring.

According to multiple reports, the giant rocks costs “around $500,000,” depending on the quality and characteristics of the center stone.

Jewel expert Kathryn Money explained, “Gwen’s ring appears to feature a classic, six-prong setting with a 6 to 9-carat round solitaire diamond set on a white gold or platinum band.”

About the jaw-dropping ring, a source had told Us Weekly, “Blake had the ring custom-designed, and asked permission from her dad before asking Gwen,” adding, “It meant so much to Gwen that Blake was so traditional about it.”

For the unversed, Blake had proposed to Gwen in the most special way, even asking her dad and three sons for permission to marry her.