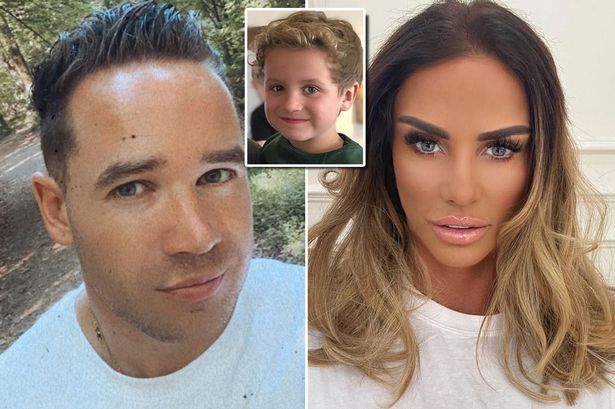 Kieran Hayler has been left upset after his ex-wife Katie Price shaved their son’s hair off.

The dad, who shares two children with the former glamour model, seemed surprised by his son’s new do after it appears Katie failed to consult him before opting to shave Jett’s hair off.

Taking to his Instagram account, Kieran revealed he was “sad” as his boy returned home from visiting the former Page 3 model.

“Oh my god, where’s your hair gone? You’ve come back from mummy’s with no curls!

“Where’ve all my curls gone?” he exclaimed.

Kieran continued: “Oh my baby boy’s growing up, genuinely though I am sad, look how short your hair is, I miss your curls.”

“Ask Santa because he might fix it,” replied Jett.

Since their decision to part ways, Katie, 42, have not always remained on civil grounds – with Kieran now saying that he is the happiest he’s ever been since finding love again.

The former stripper is dating Michelle Pentecost after the pair met while their kids attended the same school.

Now, they are engaged to be married and are preparing for their future together.

Earlier this month, Kieran took to social media to share a gushing tribute to Michelle alongside several snaps of the happy couple as they celebrated her birthday.

“Happy birthday to my beautiful fiancée. Michelle you have come into my life and made me the happiest man alive,” he penned.

He went on to say: “I know your lockdown birthday won’t be exactly as we might have planned but trust me it’s going to be a good one.

“You’re a great role model for my children and I love our little family. Let’s celebrate the proper way in lockdown just me, you and the kids!!!! Games, food and lots of laughs.

“We all love you so much and life wouldn’t be the same without you in it.”