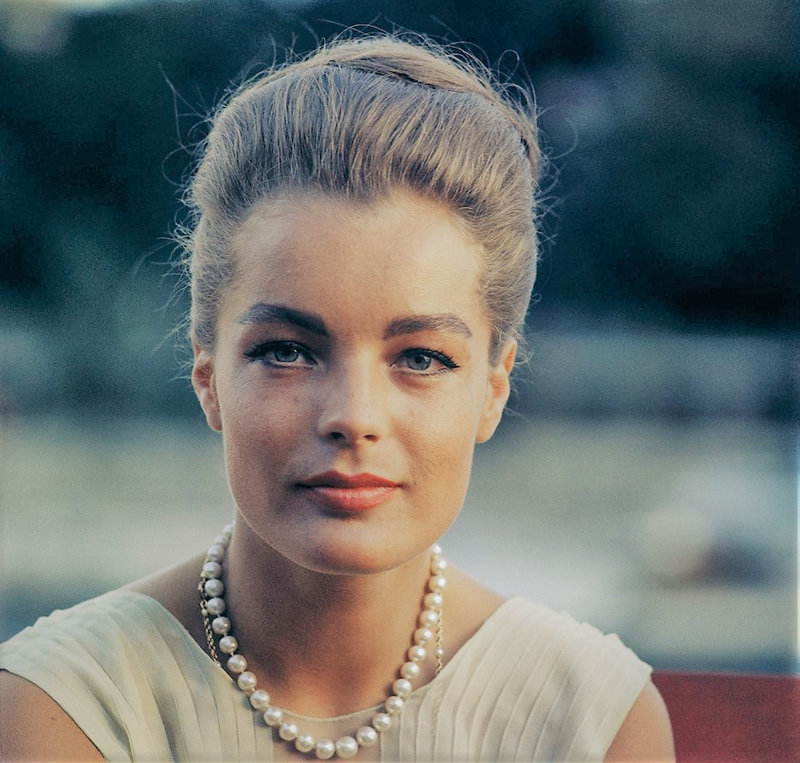 Romy Schneider was a famous film actress of her times who achieved success not only in Germany and France but also in whole of the Europe. Romy Schneider is among the few actresses who have started their career in their teen age and have made remarkable progress in their field. In early 1950s, the Beauty Icon Romy Schneider started her career in Germany and soon made remarkable progress in her career. Although her career was short but it was full of achievements and successes which is not very common in the career of actresses.

Romy Schneider was born on 23rd September, 1938 in Vienna, Austria into a family of actors. She has paternal grandmother Rosa Albach-Retty, her Austrian father Wolf Albach-Retty and her German mother Magda Schneider. No doubt, the Beauty Icon Romy Schneider had acting and beauty in her genes which had made her a remarkable actress of all the times. After the divorce of her parents, Romy Schneider started living under the guardianship of Magda. From that point onwards, we see the famous Romy Schneider as a Beauty Icon of the film industry since her 15s.

At the age of 15, Romy Schneider started her professional career by taking part in the famous film named as Wenn der weiße Flieder wieder blüht (When the White Lilacs Bloom Again) in 1953. No doubt the Beauty Icon Romy Schneider received appreciation for her first work from all segments of the society. A year later, Romy Schneider was also given an opportunity to play an important role of Queen Victoria ebt-edge Australian film. These were the beginnings of the career of the Romy Schneider. She got fame in 1955 when the Beauty Icon happened to be the part of the biopic Sissi in 1955 as the Empress Elisabeth of Austria. By the passing time, Romy Schneider was making her way to the heights of the glory in the film industry. She had been the part of the famous sequels of the Sissi and Robinson Cruseo.

The Later career of Romy Schneider:

Early part of her career was in Germany, but soon Romy Schneider stepped in France. Romy Schneider continued to work in France during 1970s with the famous directors like Claude Sautet. Her mature work received appreciation of the public when the audience was provided with the famous films like The Things of Life, Max and the Junk men and Cesar et Rosalie. Romy Schneider got famous from her role as the Empress of the Austria; similar role was performed by her again in 1977 when the audience saw the Beauty Icon in the Ludwig. This time the appreciation was even louder. Romy Schneider herself reported to have said that the role of Sissi stricks to me just like oatmeal.

Experts of that time reported to have said that the decade of the 1970s was very lucky for the Romy Schneider. She gave remarkable movies and great films in the mentioned decade which made her an everlasting star in the history of France and Germany. Her famous work in the said decade included Le Train which was released in 1973. Two year later, another blockbuster starring Romy Schneider came to the cinemas with the name Innocents with Dirty Hands. It would be interesting to note that Romy Schneider won her first national level award from the France in 1974 for her great performance in the That Most Important Thing: Love. She was awarded with the Cesar Award which is equivalent to the Oscar.

Unfortunately, Romy Schneider couldn’t stay long with us and was found dead in her apartment in May 1982 at the age of just 43. The successful career of the Beauty Icon came to an end in very gloomy and unfortunate manner. The film industry was never able to fill the gap of the legendary actress who have shown the world what real acting is and how simplicity is priceless beauty.