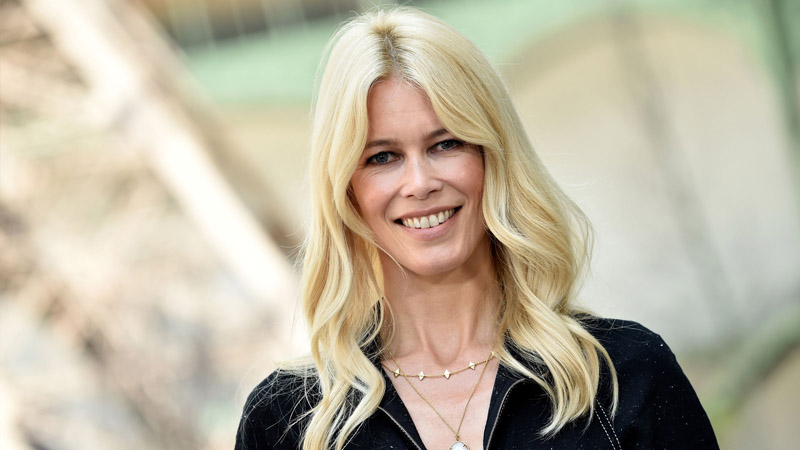 If any one group of people have tapped into the fountain of youth, it’s undoubtedly supermodels. It’s almost as if they were born with these special anti-aging superpowers, along with a couple of extra-beautiful chromosomes thrown into the mix. Because being naturally stunning, lean and crazy gorgeous isn’t enough, these six supermodels seem to be frozen in time with their features aging in super-slow motion. Below is a list of 7 gorgeous supermodels that just don’t seem to change as they get older. 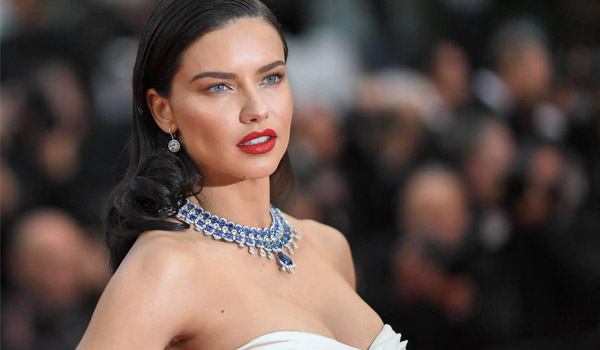 This Brazilian bombshell was placed first in Ford Models Supermodel of Brazil model search, back in 1996, when she was only 15 years old. Three years later, the raven-haired beauty moved to New York City and became the buxom Victoria’s Secret supermodel we know today. There she is back in 1999, at just 18 years old for her first Victoria’s Secret runway show. It’s not hard to see why she’s model material, with her piercing blue eyes, flawless skin and plump lips. And that’s with barely any makeup on.

The girl is simply stunning.The now 32 year old is just as beautiful, if not more so, today. In the recent photo from 2013 on the right, Adriana Lima still has the same flawless skin, plump lips and of course, those baby blues. And to think, she never even wanted to be a model… It’s hard to tell that there’s a 12 year difference between the two photos; she looks almost identical over a decade later. Clearly, aging is not on this supermodel’s to-do list. And we’re not complaining. 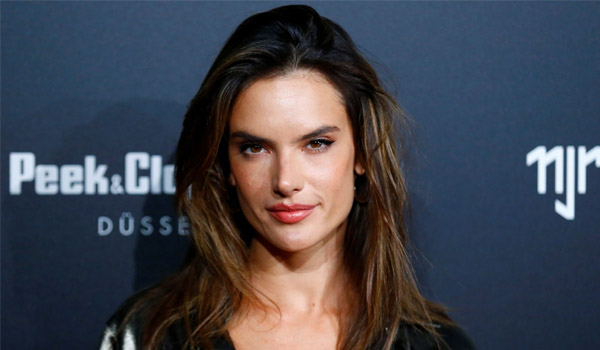 It seems that 15 was the prime age to begin modelling, as that was the age when Alessandra Ambrosio began her areer, as well. The beautiful Brazilian was only 15 in the photo on the left, taken back in 1996. Though she wasn’t a Victoria’s Secret model then, she was surely prepping for what was to be the biggest gig of her life. When you’re that gorgeous in your mid-teens, we’d say you’re pretty much destined to be a supermodel.Find Alessandra looking as young as ever on the 2013 photo, right. Next to nothing has changed in the 17 years between these two shots. At 33 years old, Ambrosio’s hardly aged. Her radiant skin and fresh face are still intact nearly two decades later. And wrinkles? She seems to have escaped them. Guess it’s the anti-aging superpower… 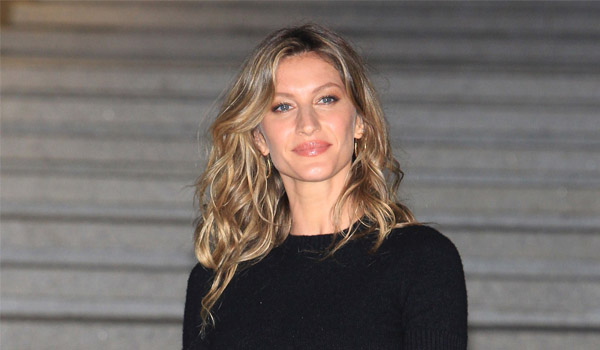 Gisele, another Brazilian-born model, got her first big break at the age of 16, during New York Fashion Week. She’s since been on the cover of countless magazines and walked the runway for some of world’s best designers. Oh, and she’s married to none other than Tom Brady, too. She was only 20 in this 2000 shoot for ELLE magazine, taken by Gilles Bensimon. And she has ticks every supermodel must-have there is: piercing eyes, perfect skin, plump lips and a general, all-over beauty many women envy.

Spot her today at 33, and not much has changed, though she’s the mother of two young children, now. The bombshell, who wears minimal makeup even on red carpet appearances (making women even more jealous of her natural beauty), boasts glowing skin, shiny hair and a general complexion any 18 year old would envy. Aging? It seems it doesn’t exist when you’re Gisele Bundchen . We’ll chalk Gisele’s anti-aging secrets up to extra-good genes and a dash of stress-free living. 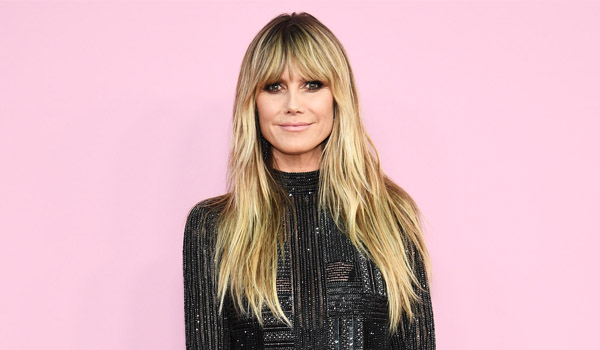 Heidi Klum is most famously known for being a Victoria’s Secret Angel for 13 years, beginning her career with the lingerie brand in 1997 as their first German model. She’s also popular for her work in Sports Illustrated, along with, much more recently, being the host of Project Runway. She’s pictured on the right at 24 years old. Now 40, and four children later, the two photos are 16 years apart. Could you tell? Besides the blonde locks, there really isn’t much difference between the two; the supermodel’s still got it –and here’s to hoping that’s what 40 will look like on all of us. 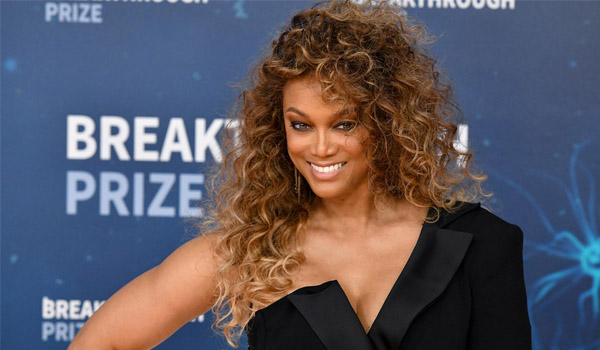 Tyra Banks is easily one of the most well-known supermodels in the world. The wildly successful model got her start at just 15 years old and by 18, she was already booked in 25 Paris Fashion Week shows. This 1995 runway shot of Banks on the left shows her at 22 years young. Now 40 years old, her resume is impressive –supermodel, TV show host, actress (remember her on Fresh Prince?), producer and author. You would think this multi-tasking powerhouse would have more than her fair share of signs of aging, but not even close. In the 2012 photo above, Banks is looking as youthful as ever with radiant, glowing skin to boot. And of course, she’s got her signature smize happening. Whatever magical, anti-aging elixir she’s using, we want it. 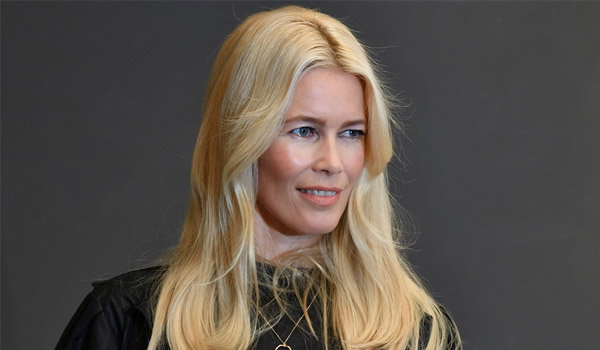 Claudia Schiffer, the blue-eyed, blonde-haired German model, began her career in the early nineties when she rose to fame as the face behind GUESS. She quickly gained attention in the fashion world and was hand-picked by Karl Lagerfeld to be the face of Chanel. She was even dubbed the new Brigitte Bardot due to her resemblance to the silver-screen star. It didn’t take long before she was on the cover of magazines and strutting down every designer runway imaginable. Notice her on the left as the natural beauty that was just starting her career. Today, Schiffer is 43 and has been on the cover of nearly 100 magazines, but you could hardly tell. The seasoned supermodel has still got her Brigitte Bardot look, blonde locks and fair skin. Can we all look like Claudia Schiffer at 43? 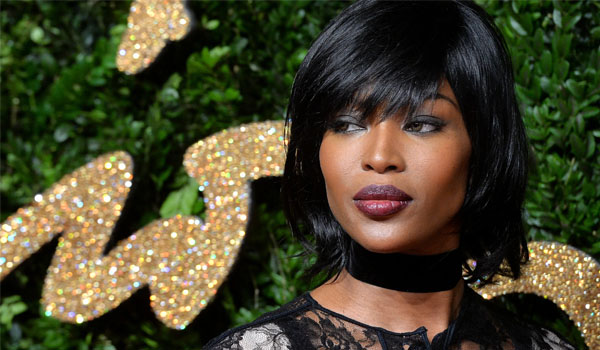 Naomi Campbell was scouted at just 15 years old and landed her first Vogue cover for British Vogue in December 1987. She was only 17 at the time. In the Gap ad above, shot in 1992 by Steven Miesel, the supermodel was 22 years old and well into a very successful modelling career. She’s fresh-faced and looks as youthful as ever, posing in a white tee and cut off shorts that look like they could easily be spotted on any girl today. Fast-forward to 2013 and Campbell is looking as good as ever.

It’s difficult to spot a wrinkle on the now 40-year-old model’s face; she’s simply radiant. In a 2010 interview with Oprah, the supermodel credited a couple of key things to her youthful appearance: skipping and a liquid detox. The skipping, she said, “is great for your face; you lose a lot on your face when you do the rope,” and of course a detox is “good just to clean out your body once in a while.” If that’s the secret, we’ll be needing a jump rope and some detox juice, stat.