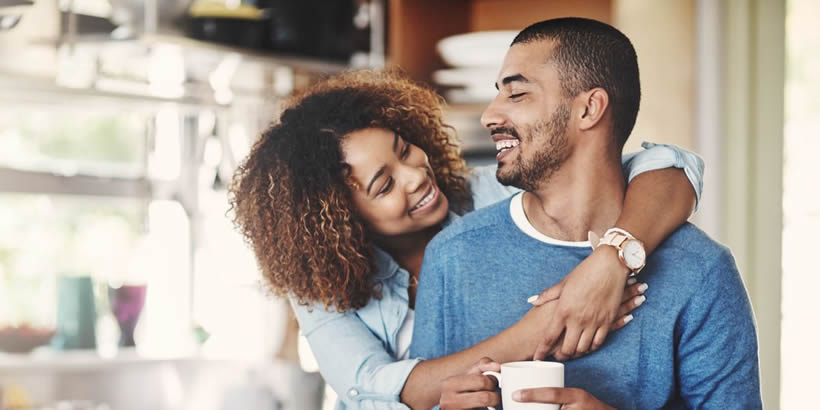 “I’d rather be spending time with you.”

Yes, there’s a “Save the Library” march tonight, which you must attend because your town is closing branches right and left. And yes, your husband understands the gravity of the situation and has even brought up supportive points like: “Libraries aren’t just about books! They have free DVDs!” But as you race out the door to fight for universal literacy (and free DVDs!), or to meet up with your old friend from England, or to make the last-minute meeting at the office, letting your significant somebody know that he is preferable to any of your causes, obligations or goals not only keeps him from feeling like just another check-off on your to-do list, but also affirms that he is item number one on your to-adore list.

“The best thing about how you play Monopoly is that you let the kids win.”

The reason to mention this—oh so casually—is not so much about the particular board game as it is about the dark, insidious spider web of associations that goes along with it. For example, let’s say your spouse’s father was a business tycoon who mocked his young son for not being tough enough, and forced him to play rounds of impossible-to-win, ego-shriveling chess. Naturally, your spouse is terrified of growing up to be just like his dad. To help him with this daily horror, you can always say, “You’re not like your dad,” over and over, but the repetition will dull the point. Furthermore, in my wee experience, saying it so overtly will mean that he will never believe you. Insecurities are like this: they resist the truest, easiest solution to their madness. A roundabout affirmation that he is not the person he least wants to be, on the other hand, will make him think, “I’m not like my dad!” And as all of us know too well, we humans tend to believe that voice in our heads above all other voices. Bonus point: He may also let you win…

One day there will be a psychological study that proves how this golden little phrase saved 91.9 out of every 100.1 marriages in an experimental group of couples monitored over 53.8 years. Until then, just say it, please—most particularly when he calls. He, too, is aware that, in this age of texting, the sound of a phone ringing (or chirping or playing jazzy glockenspiel) is irksome. By saying this to him, you make him also aware that this minor irritation is, in fact, an experience you look forward to…as long as it’s his voice on the other end of the line.

Parents all over America are adopting Michelle Obama’s dinnertime ritual, asking their kids to describe their rose (the happiest moment of their day) and their thorn (the most upsetting). Why? It helps them avoid the typical “fine” or “okay” that kids rely on when asked, “How was your day?” The love of your life is not a second grader. But in this case, treating him like one will result in: A) his recognizing that he has something to be grateful for (his rose); B) his feeling calmer after having aired his daily rage or disappointment (his thorn); and, C) you two engaging in the one thing that happens when married people really talk: intimacy.

“Let me help you find that guitar pick.”

Losing something makes us all panicked, especially if it’s something requisite to the particular moment (i.e., the bike pump that’s standing between you and meeting a friend for a long ride), or it’s just plain old beloved (i.e., the PBS mug your mom gave you, which only you—and you alone—use). But worse than that panic is the loneliness that sweeps over when you’re the only one running around the house, upending vases and pawing through sock drawers, thinking that nobody else but you knows about, or even cares about, your very-very-very single mom who 30 years ago exacted 10 painful bucks a month from her anemic budget just to donate to the 1983 PBS pledge drive to earn that damn mug, thus proving to her kids that the world was a place where intelligence, Masterpiece Theatre and Sesame Street reigned. You may not know the full back story to his Dad’s guitar pick. But you know what he’s feeling when it vanishes. Helping him find it also helps him remember, hey, he’s not alone—he’s got you. PS: You don’t actually have to find it. It’s the digging around wildly that counts.

“Plain Crest toothpaste in a tube!”

We all have those hard-to-find things that make us happy: popcorn-flavored jellybeans; jumping, joyful three-legged dogs; the first summer day when fountains spurt on in hot public parks. Texting him a photo with a line like, “Plain Crest toothpaste in a tube!”, reminds him that he is not the only one bewildered by the endless new-and-improved formulas involving baking soda and whitening chemicals, as well as annoyed by the stand-up pump dispensers that punk out and deny you the last two centimeters of paste. In addition, it brings to his attention that the world is still a recognizably excellent place; the hard-to-find things are not impossible to find. They are here: in an aisle at Rite Aid. Between the Aim and the Colgate.

“I sleep so much better with you.”

Think about it. Who doesn’t have problems with sleep? We can’t get to sleep. Or we get to sleep but wake up due to worries or noise. We cuddle body pillows or take pills or run sound machines or cover the windows with dark drapes or slap a mask over our eyes. Then—crap!—we sleep too much. When you mention that he helps you sleep better, you’re really saying something along the lines of: You know that big, ugly problem that the rest of the world has? I don’t have it. Because of you. Nobody else relaxes me like you. Nobody else can make me dream.

Spa for Teenagers is Good or Bad

Ways to Save a Marriage After an Affair