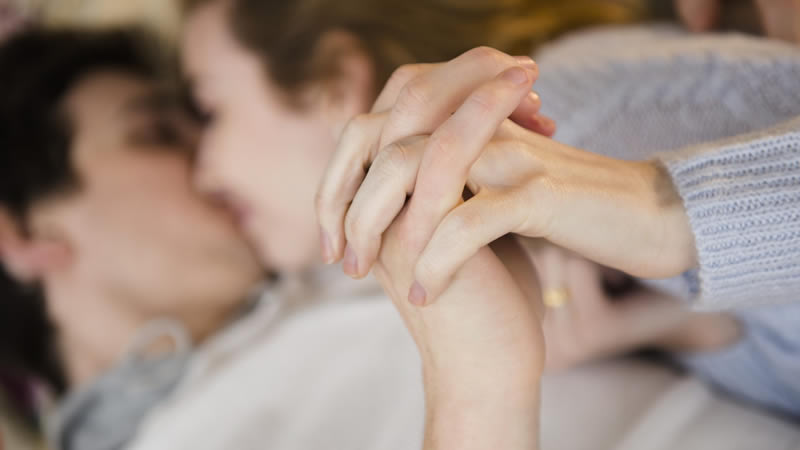 You Get a Pick-Me-Up

The leaves may be falling…but your libido? Expect it to rise. Autumn is the season when our levels of testosterone—associated with sex drive—are higher than at any other time, found several studies that tracked hormone levels year-round (and yes, this applies to women, too). Whether the surge is the result of ancient mating instincts (other animals have a fall “rutting season”), and if it’s triggered by decreasing daylight or increased social activity—well, it’s all scientific speculation. But for practical purposes, who cares?

You’re Even More Attractive to Men

Those higher testosterone levels may be behind why women have thicker waists relative to their hips—that is, they’re less curvaceous—in the fall than at any other time of year, found researchers at Simon Fraser University. (All the pumpkin pie doesn’t help the waistline, either). And yet—here’s the welcome news—men think women’s bodies appear more attractive in the cooler seasons, reported a study published in the journal Perception. One theory is that the testosterone rise makes guys more interested in sex, but there’s an even likelier cause: the “contrast effect.” In the summer, men are frequently exposed to scantily-clad women. Not so when it gets cold outside; therefore, the “attractiveness criteria” shift in our favor. Which means that by January (the month men give women’s bodies the highest ratings) only you might mind your post-holiday pudge.

You See Thanksgiving Dinner in a Whole New Way

Back to that pumpkin pie. For men, a mere whiff of it is sexually arousing, found a study led by Alan Hirsch, MD, founder and neurological director of the Smell & Taste Treatment and Research Foundation. Measuring sniffers’ erections with a device called a plethysmograph, Hirsch found that an odor mixture of pumpkin pie and doughnut led, on average, to a 20 percent increase in penile blood flow, and a pumpkin-pie-and-lavender blend increased blood flow by a robust 40 percent. There’s a direct pathway between the olfactory bulb and a pleasure center in the brain (the septal nucleus) that moderates a man’s sexual response, Hirsch explains. These odors could trigger a “Pavlovian response”—by association—because they’re nostalgic, homey and/or relaxing, he says. Hirsch also suggests that males evolved to be sexually primed by food, and the harvest would have been a good time to find a mate and procreate. (Not everything Thanksgiving is a turn-on. Cranberry odors only inspired a 5 percent increase in blood flow.)

You Have An Excellent Date Night

What could be better on a chilly fall evening than curling up to watch a warm, fuzzy romantic comedy? A partner who wants to watch it, too. Which is exactly what’s likelier to happen in the cooler months, found researchers at the Hong Kong University of Science and Technology. The more frigid it gets, the more motivated we all—yes, men included—are to choose rom-coms. There’s a neural crossover between bodily sensations and psychological ones, the researchers in the study explained, which means that feeling cold activates a yearning for warmth in all forms, including Groundhog Day–style heart-warmers. A similar effect happens when, say, sharing a warm drink, found researchers at Yale University. When we handle a hot object (think: mug of hot cocoa), we unconsciously become emotionally warmer and more generous—and perceive others that way, too.

You Find Sparks Can Lead to a Bonfire

Whomever your flame is right now may be the one who warms you all season, suggests a study that looked at seasonal patterns of relationships in Facebook profiles. In the summertime, more break-ups (or mere hook-ups) occurred—a pattern that was found among people of all ages, not just college students on break. But in the fall, there were more singles changing their status to “In a Relationship” or “Engaged” than the yearly average. Love’s in the air, and it lingers.

Statistically speaking, this is our most fertile season (especially November and December), with birth rates peaking nine months later, in August and September. What’s interesting is that sperm concentration and count are at their lowest from August through October due to the summer heat—and it often takes weeks for numbers to rebound. And when they do, in late autumn—surprise!—they tend to exceed baseline values. It’s called, unforgettably, the “overshoot” phenomenon.

7 Fresh Ways to Use Ginger in Homemade Beauty

10 Things To Know Before You Enter The Dating Game

Top 9 Rules for Dating a Friend

Some Facts about Relationships