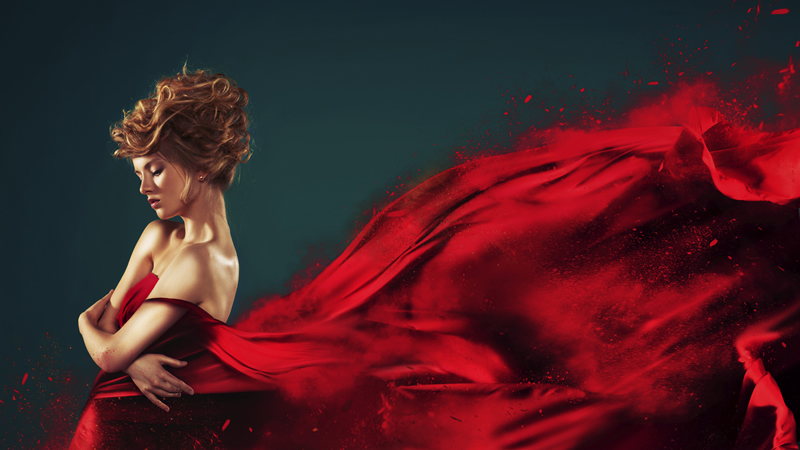 Simply wearing the color red makes a man more attractive and sexually desirable to women, according to scientists. The color’s power lies in its ability to make men appear more powerful, says Andrew Elliot, professor of psychology at the University of Rochester.

“We found that women view men in red as higher in status, more likely to make money and more likely to climb the social ladder. And it’s the high status judgment that leads to the attraction,” he said. A series of studies by researchers discovered that women are unaware of this arousing effect. He scientists believe the effect is due to a combination of culture and biology. In non-human primates, like mandrills and gelada baboons, red is an indicator of male dominance and is expressed most intensely in alpha males.

Females of these spices mate more often with alpha males, who in turn provide protection and resources. “When women see red it triggers something deep and probably biologically engrained,” explain Elliot. Red has always been used to denote people rich and powerful throughout history an association which may have an impact on the subconscious.

The team analyzed responses from 288 female and 25 male undergraduates to photographs of men in seven different experiments. Participants looked at a man’s photo framed by a border of either red or white and answered a series of questions, such as, “How attractive do you think this person is?”

Participants rated the pictured man’s status and attractiveness, and reported on willingness to date, kiss and engage in other sexual activity with the person. They also rated the man’s general likability, kindness, and extroversion. The researchers found that the red effect was limited to status and romance: red made the man seem more powerful, attractive, and sexually desirable, but did not make the man seem more likable, kind or sociable.