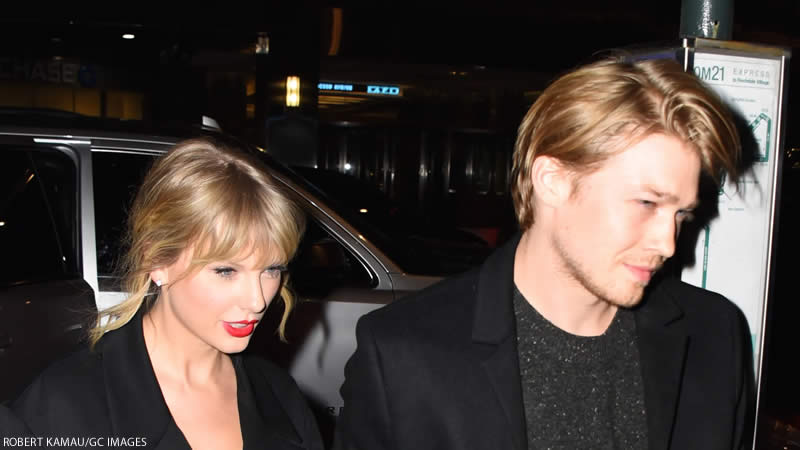 Taylor Swift and Joe Alwyn have reportedly only told their families and close friends about their supposed engagement.

Taylor Swift and Joe Alwyn are reportedly engaged. According to The Sun, the couple secretly got engaged and have informed only their close friends and family as of yet. The report claims that Alwyn popped the big question months ago although the couple has decided to keep things private and hence hasn’t revealed the news of their engagement.

According to The Sun, a source informed, “Basically immediate family, and trusted, very old friends. Everyone has been sworn to secrecy, too. Again, only a handful of people know details about the wedding and Taylor hasn’t even told some of her team about the engagement.” As for the engagement ring, the Grammy-Award-winning singer reportedly only wears it during her private outings.

It has also been maintained by the source that just likes how the couple has managed to remain quiet about their engagement, their wedding will also be an incredibly intimate affair and the duo won’t be signing any magazine contracts for the coverage of the same. The source told The Sun that Taylor and Joe’s wedding, when it happens will be, “simple and elegant – like them.”

This isn’t the first time that reports of Taylor and Joe’s engagement have hit the news. Previously, during the promotions of his new show, Conversations With Friends, Alwyn was asked about the status of his engagement with Swift. He had a rather vague answer to give as he said, “If I had a pound for every time I think I’ve been told I’ve been engaged, then I’d have a lot of pound coins. I mean, the truth is, if the answer were yes, I wouldn’t say, and if the answer were no, I wouldn’t say”, via WSJ.

Lisa Rinna: Lips surgery will not make you Angelina Jolie

Vin Diesel Announced The Release Date For ‘Fast and Furious 8′