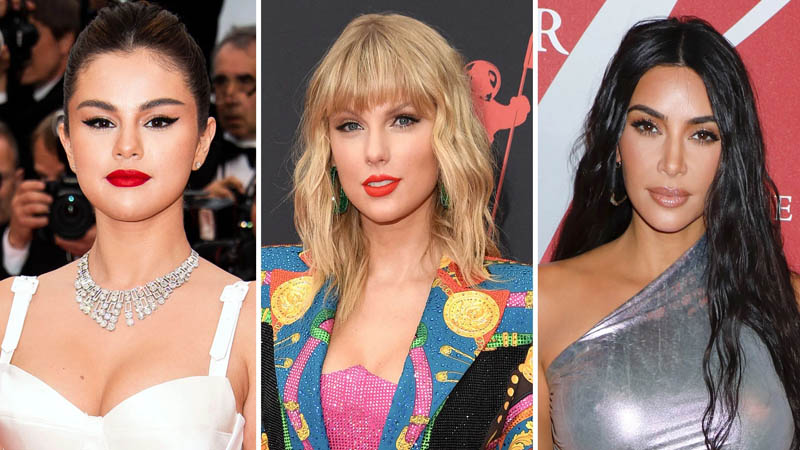 Selena Gomez’s surprise stint plugging Kim Kardashian’s SKIMS shapewear line ended as quickly as it started. Gomez posted an Instagram Story raving about the product (“Legit so freaking comfortable @skims”) this afternoon, then took it down hours later—right around the time she posted an Instagram shout out to her good friend Taylor Swift. It’s coincidental timing, at the very least, as Pop Crave pointed out on Twitter.

“My ride or die. I would die for this one” pic.twitter.com/ZxjWscYpOG

Gomez wrote to her friend Swift, who has been very supportive of Gomez and her new singles “Lose You to Love Me” and “Look at Her Now”: “My ride or die. I would die for this one. Thank you for being by my side. You have taught me so much, walked through all of this with me, STAYED and you remind me to be a better human being. I’m on your side for life.”

Swift has been embroiled in a very public feud with Kardashian and Kanye West for years. Back in 2016, Kardashian posted a series of Snapchats meant to damage Swift’s public image—the videos made it look like Swift approved West’s lyrics about her in his controversial song “Famous.” However, the videos don’t show Swift approving specifics. Swift’s publicist later clarified in a statement that West did not seek approval for all the song’s lyrics: “Kanye did not call for approval, but to ask Taylor to release his single ‘Famous’ on her Twitter account,” the rep said in 2016. “She declined and cautioned him about releasing a song with such a strong misogynistic message. Taylor was never made aware of the actual lyric, ‘I made that bitch famous.'”

Swift spoke to Vogue this year about how awful dealing with the backlash against her was then. “A mass public shaming, with millions of people saying you are quote-unquote canceled, is a very isolating experience,” she said. “I don’t think there are that many people who can actually understand what it’s like to have millions of people hate you very loudly. When you say someone is canceled, it’s not a TV show. It’s a human being. You’re sending mass amounts of messaging to this person to either shut up, disappear, or it could also be perceived as, Kill yourself.”

Swift said when it happened to her, she decided that she needed to give her life a makeover. “I realized I needed to restructure my life because it felt completely out of control,” she said. “I knew immediately I needed to make music about it because I knew it was the only way I could survive it. It was the only way I could preserve my mental health and also tell the story of what it’s like to go through something so humiliating.”

Swift told Vogue that while she grew from what she went through, she isn’t wholly grateful for it. “We’re not going to go straight to gratitude with it. Ever,” she said. “But we’re going to find positive aspects to it. We’re never going to write a thank-you note.”

Jennifer Lopez Rocked a Thigh-High Slit on the Red Carpet