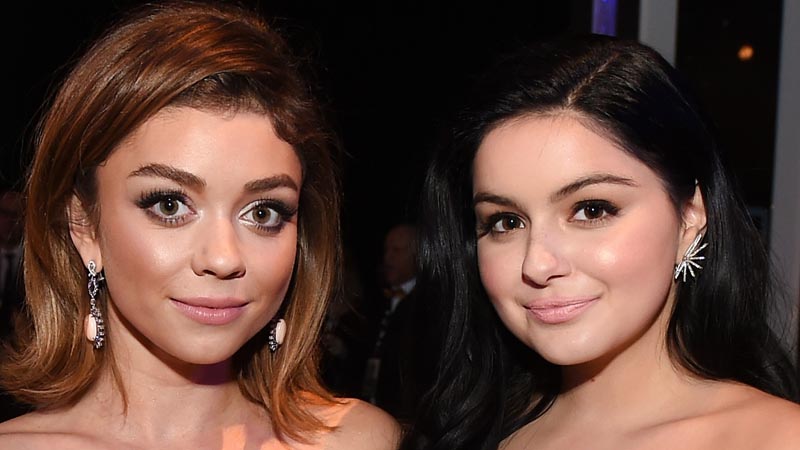 The Modern Family star Sarah Hyland has appeared thinner of late, sparking concerns she may be suffering from an eating disorder, but the 26-year-old insists she’s struggling with an illness that has wreaked havoc on her body. “I haven’t had the greatest year,” Sarah wrote in a series of notes on Twitter on Wednesday (24May17). “Maybe one day I’ll talk about it, but for now I’d like my privacy. “I will say that this year has brought a lot of changes and with that, physical changes. I have been told that I can’t work out, which, for me, is very upsetting.” Alluding to a medical diagnosis, the actress went on to reveal she has been forced to follow strict doctor’s orders.

“I’ve basically been on bed rest for the past few months, I’ve lost a lot of muscle mass,” she shared. “My circumstances have put me in a place where I’m not in control of what my body looks like.” Sarah insists her weight loss is an unfortunate byproduct of the illness, adding she has been taking life-saving medication that has contributed to her extreme weight fluctuation. “I don’t mind when you say that I look pregnant. Or fat. Because I know that my face is swollen from medication that is saving my life,” Sarah said, adding, “For those on prednisone I know what you’re going through and I commend you sticking it out as I have.”

Hyland, who described herself as “an activist for activity”, closed out her notes by promoting body positivity and sharing her optimistic vision of getting back into the gym to build her strength up again when the worst of the illness is behind her. “It’s never fun to look in the mirror and see your hard work at the gym fade away or have our legs be the size of one’s arms,” Sarah admitted, “but I know that when I get clearance (from my doctors) I will be able to get back to the STRONG, lean, and fabulous self I know I can be.”