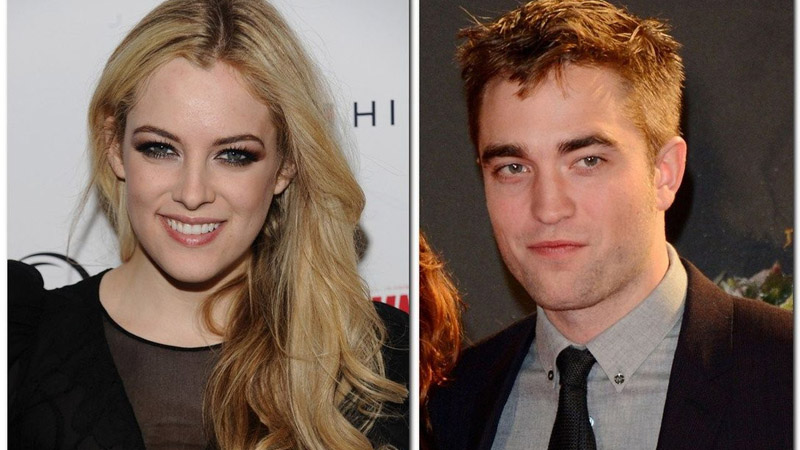 The mystery woman seen riding around with Robert Pattinson this past weekend may have been revealed. According to various online reports, the young woman is believed to be Riley Keough.

If her name doesn’t sound familiar, her associations might — she is Elvis Presley’s granddaughter and once co-starred in a film with Pattinson’s ex, Kristen Stewart.

Pattinson, 27, was photographed driving around Los Angeles on June 29 with a flame-haired woman in the passenger seat of his battered pick-up truck. The pair picked up a ping-pong table together before returning to Pattinson’s home. While Pattinson was driving around Los Angeles with a mystery woman, Stewart was landing in Paris ahead of the Chanel show at Paris Fashion Week — furthering the reports that the two may have parted ways once again.

As for the 24-year-old Keough, this probably won’t be the last we’ll see of her. Here are five things to know

Keough broke into acting at age 19 in the hit indie film “The Runaways,” based on the 1970s all-girl rock band. Keough played Marie Currie, sister to Cherie Currie, the band’s lead singer played by Dakota Fanning. The film also starred Stewart as Joan Jett. Since the film, Stewart and Keough have been friendly, with Keough most recently attending Stewart’s birthday party at Mexican restaurant Cantina Malo in April.

She Was Reportedly Engaged:

Keough may be best known for her role in “Magic Mike,” in which she played Nora, the love interest to Alex Pettyfer’s Adam, a young stripper who learns the ropes from Channing Tatum. Keough and Pettyfer began dating in 2011 on the set of the film and were reportedly engaged before breaking up earlier this year. She’s also been linked to actors Nicholas Hoult and Jonah Hill, and pop star Ryan Cabrera.

Keough was the face of Christian Dior’s Miss Dior Cherie Parfum in 2006. Coincidentally, Pattinson is now the face of Dior’s fragrance for men, Dior Homme. She has also graced the covers of Elle UK and Elle France.

She’s Touted as Possible Anastasia in ’50 Shades of Grey’

Keough is on a list of budding actresses to play Christian Grey’s love interest in the film adaptation of “50 Shades of Grey.” Other famous rockers’ offspring being mentioned include Bono’s daughter Eve Hewson and Phil Collins’ daughter Lily Collins. Interestingly, Keough’s ex, Pettyfer, has been mentioned to play Grey.

Kristen Stewart Reveals Her New Tattoos at the Chanel Show