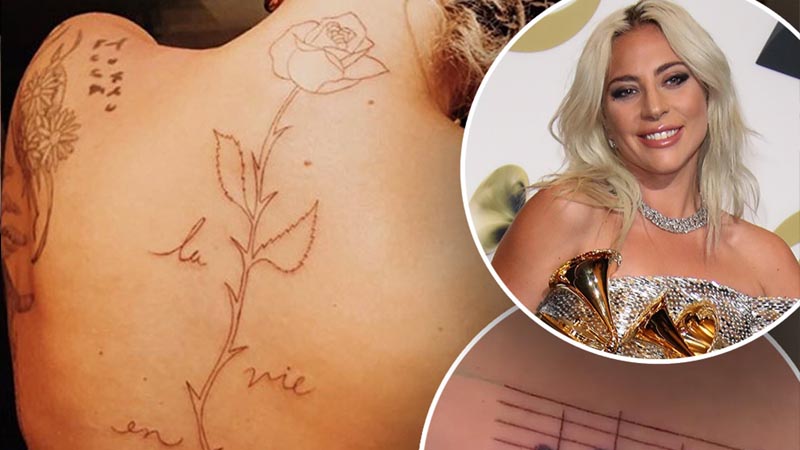 The singer established her close group of fashion designers and experts in 2006, two years before the launch of her debut album, The Fame, and used their forward thinking to create her stage looks, sets, props and other visuals throughout her rise to super stardom. Now, to celebrate the brand’s huge milestone, Lady Gaga has had the word ‘Haus’ added to the back of her arm. She showed off the new design – her 20th inking – on Snapchat on Tuesday (20Dec16) and captioned it, “Almost our 10 yr (year) anniversary Haus tattoos”.

The Haus of Gaga team, which features designer Brandon Maxwell as Fashion Director, is responsible for some of the Born This Way hit maker’s most iconic looks, including the infamous meat dress she wore to the 2010 MTV Video Music Awards, and the egg-shaped vessel she arrived in on the red carpet at the 2011 Grammy Awards.

Kesha: ‘All I Want for Christmas is to Release New Music’