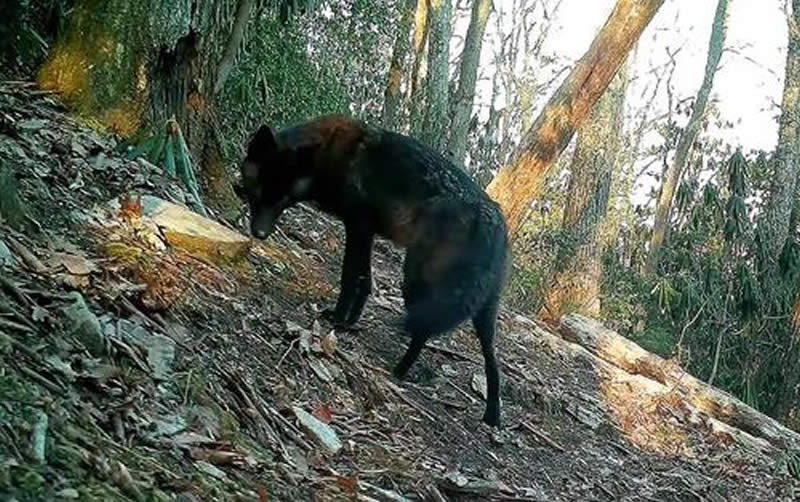 The sport of hunting has always been a huge part of American culture. Now, the number one state for hunting is South Dakota. But, we can also say that this sport is also relevant in North Carolina. There are countless thousands of outdoor enthusiasts that are always interested in spotting rare breeds of animals in the wild.

One North Carolina resident set up an outdoor game camera in his backyard, and he was hoping to at least capture a few frames of wild deer. What he recorded was far more valuable than your average wild game animal, and it’s become an online sensation for many outdoor enthusiasts.

It’s even captured the attention of the scientific community because of the extreme rarity of this majestic creature. The man captured an extremely rare crossbreed of wolf and coyote on his outdoor game camera. 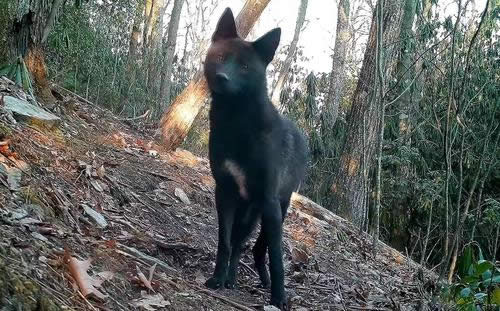 The man that set up this camera never expected to catch a moment like this on film. This local family isn’t currently hunting wild game in the community, but they do like to post wildlife videos on their YouTube channel. They started this great hobby because of their love for wildlife in the surrounding areas. The man enjoys relaxing with his animal-loving friends, and he’s always hoping to catch a few seconds of amazing video to watch. This family usually discovers that their cameras have recorded native deer, but that was all going to change on the cold morning of February 28th.

It was just like any other day. The family went out to check on their outdoor camera, and nothing seemed out of the ordinary. They transferred the footage to one of their computers, and began to review it. They were shocked to see a very distinct canine with a shimmering black coat of fur. the footage was posted online, and viewers brought the rarity of this amazing animal to their attention. 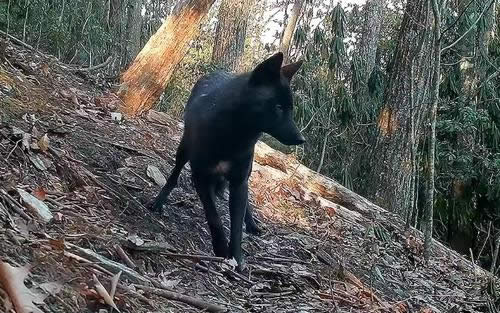 It was an extremely rare cross-breed of a wild coyote. Experts speculate that this creature was the result of a wolf breeding with a coyote. It’s one of the most rarely seen animals in existence on the East Coast! Wildlife enthusiasts were enchanted by its graceful movements in the crystal-clear recording. This video is one of the best recordings ever captured of it, and it all happened by chance.

The man’s property spans many acres, but the likelihood of this fine creature passing by in front of the lens is nearly impossible. These types of creatures are seldom recorded in the wild in North America, and it’s even rarer in the southeastern United States. This is one sight that you may never be able to see again. It’s almost as unlikely as being struck by lighting. That’s why their recording has been going viral in the online community.

This common household item can kill coronavirus in just 30 seconds